Two years after its splashy debut, Windows 10 is now running on more than 500 million PCs worldwide. Was the upgrade worth it? Here's my report card.
Written by Ed Bott, Senior Contributing Editor on Aug. 3, 2017 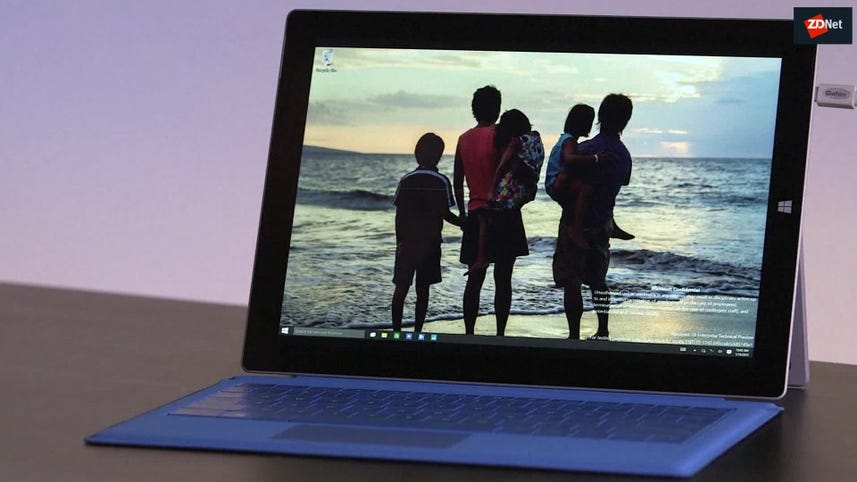 By historical standards, this upgrade has been relatively free of drama, especially coming on the heels of Windows 8, an unqualified flop. The fact that we haven't seen any major meltdowns in the Windows 10 rollout is even more impressive when considering just how big this product cycle is.

Unlike in previous releases, Microsoft worked hard to get this upgrade on old PCs, giving away the new OS for the first year (in fact, that free upgrade offer never ended) and pushing it with the aggressive Get Windows 10 program.

There were equally unprecedented changes in the Windows development process, collectively called "Windows as a Service." Instead of saving new features for a major upgrade two or three years after the launch of Windows 10, Microsoft has been releasing those new features incrementally, with three so-called feature updates already delivered and a fourth in the pipeline for this fall.

Also unprecedented (and somewhat more controversial) is the change in the way Microsoft delivers security and reliability updates. Instead of releasing individual updates and giving customers the opportunity to pick and choose which updates to install, the Windows engineering team is now delivering cumulative updates that can be briefly deferred but not skipped.

Microsoft's revamped user interface, with a new Start menu that successfully mashes up the best of its Windows 7 predecessor and the Windows 8.1 Start screen, has been well received. The Cortana feature, which embeds an intelligent assistant into the search box to the right of the Start button, has improved dramatically since the Windows 10 debut and is arguably its killer feature.

For the past two years, it's sometimes felt like Microsoft was rushing to keep up with its own aggressive schedule. Indeed, that breakneck pace caught up with the company when it had to postpone a key feature called Timeline that had been scheduled for inclusion in the upcoming Fall Creators Update.

When your installed base is well north of a billion PCs, even a tiny problem can affect a large number of people. No Windows release has ever been trouble-free, but this one has been remarkably less dramatic than its predecessors. Here's my two-year report card.

Earlier this year, Microsoft announced that the Windows 10 installed base had hit 500 million. That's a solid number and arguably the fastest rate of adoption for any Windows version ever, but it's also a slight disappointment. After all, the original goal a mere two years ago was to be installed on 1 billion devices within two to three years.

After that frantic first-year push ended, Microsoft adopted a much more relaxed upgrade pace, relying on new PCs (including the surprisingly successful Surface family) to help Windows 10's share of the market grow as older PCs are retired.

Usage data from the United States Data Analytics Program offers a good measure of how successful Windows 10 has been. As of June 30, 2017, nearly 40 percent of visits to U.S. government websites from Windows PCs were from devices running Windows 10, but Windows 7 still remains the most popular Windows version.

Although enterprise customers are generally positive about Windows 10 and are showing signs of accelerating their adoption of the new OS, its predecessor continues to be enormously popular. As the January 2020 end-of-support date for Windows 7 approaches, look for Microsoft to become increasingly more creative at cajoling and coercing customers into moving on.

This whole "Windows as a Service" thing has taken a while to settle into its rhythm, hasn't it? Even the terminology around it has been in flux, with the Current Branch and Current Branch for Business morphing into the Semi-annual Channel.

Windows 10 users can now count on two free feature updates per year, in March and September, as part of what Microsoft is now calling the "Semi-Annual Channel." That cadence replaces the decades-old practice of delivering a new Windows version every three years or so.

Each feature update is supported for 18 months, which means you can no longer stick with an older version of Windows indefinitely. An equally consequential change is the move to cumulative quality updates in place of an endless assortment of individual updates.

The end game for the new update system is an installed base of Windows PCs that are more alike than different. In theory, with fewer variations to support, the patching process becomes less disruptive, with fewer glitches. In practice, there have been some hiccups, notably the sudden end of support for relatively young PCs based on Intel's Clover Trail chips.

The biggest remaining challenge is shrinking those feature updates so they require less bandwidth and install more quickly.

The flip side of "Windows as a Service" is a major change that Microsoft made in the amount of diagnostic information (aka telemetry) it collects from PCs running Windows 10. The company was clearly blind-sided by the initial response to Windows 10's increased data collection information, which resulted in wild (and inaccurate) accusations that Windows 10 was spying on its users.

The company didn't help its case by responding with dry, legalistic, and unconvincing explanations.

This year, we've finally seen some substantive responses to privacy fears. The company cut the amount of data collection in half, in response to enforcement action by French data-protection authorities. In addition, it published a detailed list of diagnostic data that the telemetry service collects.

Collectively, those actions have turned the heat down to a low simmer. And after more than two years under the microscope, there's still no evidence from credible security researchers that that data is being used for anything other than its stated purpose of product improvement.

I've assigned two grades to this category, reflecting the two very different groups of customers that use Windows.

Microsoft has delivered an impressive assortment of security features for its enterprise customers, earning an A- on my report card. Many of those security features aren't available yet for the consumer and small business segments of the market, which is why I've assigned a B- for that category.

All the baseline features are present in every Windows 10 edition, including support for biometric authentication in Windows Hello, pervasive disk encryption, and built-in antimalware protection. The Creators Update adds a useful console called Windows Defender Security Center, making it easy to check security status and manage those features.

But the list of enterprise features is more impressive, with Windows Defender Advanced Threat Protection at the top of the list. This feature, which is currently available only for subscribers to Windows 10 Enterprise E5, is designed to detect threats that have made it past other defenses, providing corporate customers with tools to investigate breaches and offer suggested responses.

In addition, a slew of features designed to protect enterprise PCs from attacks are either available now or coming this fall, with Exploit Guard (the successor to the Enhanced Mitigation Experience Toolkit) and Windows Defender Application Guard at the top of the list. Hopefully those features will work their way into consumer editions sooner rather than later.

After two years, it's remarkable that the Windows Store still feels like a work in progress. It certainly works well enough, but the selection of apps is hardly compelling.

Part of that "meh" response is a natural reflection of Windows 10's success in extending the lifespan of the traditional PC. Even a device like the Surface Pro, which is nominally a tablet, gets far more use as a laptop than it does as a handheld device. That's why the biggest software hits on Windows 10 are still traditional desktop programs like Microsoft Office and Adobe's Photoshop and Acrobat.

Microsoft's response, courtesy of a software tool called the Desktop Bridge (previously code-named Centennial) is to move those desktop apps into the Store, with some high-profile apps, including Office, iTunes, Slack, and Spotify, coming this year.

Meanwhile, the Office mobile apps are barely adequate and almost impossible to find in the Store on a conventional PC. Microsoft seems to be betting that if it can convince customers to find desktop apps in the Store, they'll pick up some of the more modern apps at the same time. It will probably be another year or two before we know how successful that strategy is.

Microsoft is still cranking out Windows 10 Mobile builds alongside its desktop releases, but I'm not quite sure why. The company's capitulation in this category is nearly complete, after it sold off its Nokia division and took a massive writedown. Even the most diehard supporters appear to have given up on the long-rumored Surface Phone, and Microsoft's occasional hints about upcoming mobile devices are so cryptic as to be indecipherable.

I have no doubt that a new Windows mobile product strategy will emerge someday, but when it does it will be starting from scratch against well-entrenched competitors. Good luck with that.