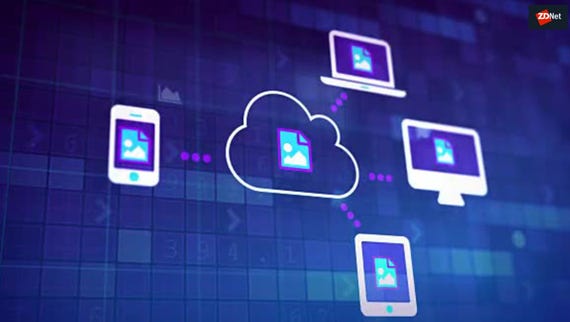 A few years ago, if you'd heard of Docker or containers, you'd thought of shipping containers. My how things have changed! In the latest Cloud Native Computing Foundation (CNCF) survey, it found 84% of companies are using containers in production this year -- up from 23% in the first survey in 2016. And what are they using to manage them? The vast majority (78%) are using Kubernetes.

It's a cloud, container, and Kubernetes world, and we're just working on it.

What really underlines how dominant Kubernetes has become is that, by CNCF's Cloud Native Landscape count, there are over 109 tools to manage containers. And 89% are using various Kubernetes versions.

Kubernetes is being used across the cloud platform cloudscape. Sixty-two percent are using public cloud in 2019, which is down from 77% in 2018. Forty-two percent of companies are still using private cloud. Hybrid cloud, which CNCF hadn't surveyed before, was used by 38% of respondents. CNCF thinks that, as time goes on, more users will turn to the hybrid cloud "as enterprises seek more control and aim to avoid vendor lock-in."

On Kubernetes, the most frequently used packaging tool by a wide margin are: Helm for ingress, which exposes external web traffic to services within a Kubernetes cluster;  Nginx, which stayed on top at 62%; and HAProxy (22%). The relatively new Envoy, which is designed for cloud-native work, is gaining traction quickly. It is now up to 19%. More telling, 59% of respondents are already using Envoy in a small way in production.

Many cloud-native technologies have become commonplace. The CNCF found many of its other projects are now in common use. This includes Prometheus, a popular systems and service monitoring framework (72%); CoreDNS, Domain Name System (DNS) server and service discovery (69%); Fluentd, open-source data collector for logging (64%); and contianerd, a next-generation container runtime for Linux and Windows (53%).

Companies are being slower about adopting service mesh networking within their clusters. Only 18%  are using service mesh in production, and 47% are evaluating service mesh. Unlike container orchestration, there's also no market leader yet. Consul has a slight lead over Istio, with Linkerd not too far behind.

Serverless computing, however, has caught fire. Forty-one percent of respondents reported they were using serverless technologies. Of those, 80% use a hosted platform versus the rest who use installable software. When it comes to installable software, Knative is the tool of choice (34%), followed by OpenFaaS (15%) and Kubeless (11%).

Of those using a hosted platform, the top tool is AWS Lambda (53%). That comes as no surprise. AWS Lambda is serverless computing's poster child. Google Cloud Functions (18%) and Azure Functions (14%) are a distant second and third.

What does all this mean? According to Kim McMahon, editor of KubeWeekly, "Overall, the results of the survey show that the use of many cloud-native technologies has become ubiquitous. Cloud-native software is simplifying the building of complex applications, while at the same time enabling organizations to build and deploy these applications faster."

Indeed it is. It will be fascinating to see how Kubernetes and the rest of the cloud-native technology family changes our computing and programming world.