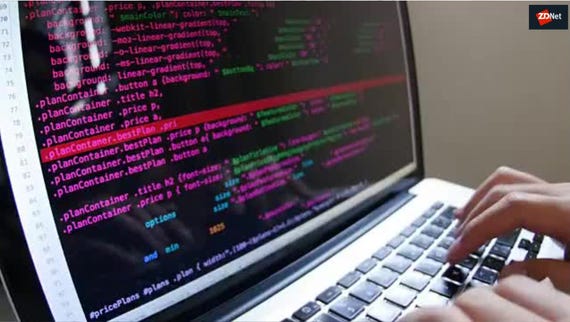 But with the rise of virtual machines (VM)s and container technologies such as Docker, combined with DevOps and cloud orchestration to automatically manage ever-larger numbers of server applications, serverless computing is becoming real.

We're a long, long way from the idea that you need one server to run one application.

So, what is serverless computing exactly? According to the Cloud Native Computing Foundation (CNCF) Serverless Working Group (WG):

Serverless computing refers to the concept of building and running applications that do not require server management. It describes a finer-grained deployment model where applications, bundled as one or more functions, are uploaded to a platform and then executed, scaled, and billed in response to the exact demand needed at the moment.

CNCF created the WG to "explore the intersection of cloud native and serverless technology." The first output of the group was a summary of serverless computing projects. These include Apache OpenWhisk, AWS Lambda, Google Cloud Functions, and Azure Cloud Functions. In short, all the major public cloud players are investing in serverless architectures. The vast majority of these are using Kubernetes to orchestrate their activities.

It's an idea that is gaining fans. In a survey at KubeCon Austin, the most recent of an international series of conferences for Kubernetes users, the CNCF found 41 percent of respondents are already using serverless technology. An additional 28 percent are planning on using it within the next 12 to 18 months. Of the respondents currently using serverless technology, 70 percent are using AWS Lambda, followed by much smaller numbers deploying with Google Cloud Functions, Apache OpenWhisk, and Azure Functions.

Why are they investing in this approach? According to the recently released CNCF WG-Serverless Whitepaper, "Serverless computing does not mean that we no longer use servers to host and run code; nor does it mean that operations engineers are no longer required." But "consumers of serverless computing no longer need to spend time and resources on server provisioning, maintenance, updates, scaling, and capacity planning. Instead, all of these tasks and capabilities are handled by a serverless platform and are completely abstracted away from the developers and IT/operations teams. As a result, developers focus on writing their applications' business logic. Operations engineers are able to elevate their focus to more business critical tasks."

What this means to your executive suite is you'll be spending less on operations and getting more productive work from your IT staff.

Read also: Serverless but not stress-free: enterprise computing moves outside the enterprise | Microsoft adds support for Java to its Azure Functions serverless-computing service

In practice, this approach can work in two different ways:

By the CNCF WG's analysis, this delivers the following benefits to developers:

Even more important to the immediate bottom-line savings though, wrote Satwikeshwar Reddy, an AWS architect, is "the biggest advantage of Serverless Architecture (SA) and often over-shadowed by the operational cost savings is the developer time. More accurately, time it takes from an idea to a production ready feature."

That all sounds grand, but does it work?

Serverless computing, while new as a broadly accepted concept, isn't new in production. This "pay as you go" model can be traced back to 2006's short-lived Zimki company. Later, Iron.io, with its Worker container-based distributed work-on-demand platform, enabled customers to realize profits from a serverless approach. Since then, other companies have adopted this approach successfully.

Will a serverless approach work for your company? It's time to find out and an excellent place to start is with the CNCF white paper. And, who knows, maybe you will be able to say, "Servers? We don't need no stinkin' servers!" in your next IT planning meeting.

Join Discussion for: Servers? We don't need no stinkin' servers!