Laundroid: A home robot that folds and sorts clothes

Seven Dreamers CEO Shin Sakane gives us a preview of a robotic home appliance that will fold and sort your laundry in 2019.
Written by Kelly McSweeney, Contributing Editor on Jan. 2, 2018 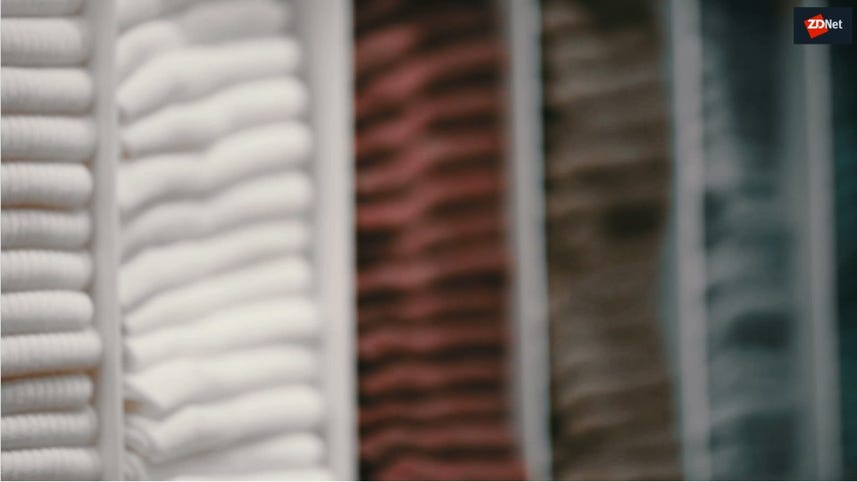 Video: This $16K appliance can fold and sort your laundry for you

Engineers at Tokyo-based company Seven Dreamers started developing a laundry-folding robot called Laundroid in 2005, and now, there is finally a robot to show off at CES 2018.

We haven't seen it in person yet, but we spoke with Seven Dreamers CEO Shin Sakane for a preview. The idea is: You drop clean, dry clothes into a box in a pretty home appliance, and then several hours later you can collect the folded, sorted items.

"Soft material like clothing is one of the hardest problems for AI even now," Sakane says. "Laundry folding seems like an easy task but it's actually very hard, so that's why no one has ever done it before."

Washing machines and dryers treat each item of clothing the same, but folding requires the appliance to identify garments and be able to physically fold them. Folding a towel is more complicated than it seems, and socks are currently impossible.

Sakane explains, "Sock pairings is one of the most difficult tasks, because even the latest AI we've developed is very hard to distinguish between, for example, dark navy-blue socks and black socks. Or almost the same black color but different textures, or the worst one is when it's the right pair but one sock shrunk."

To tackle the tedious task of folding laundry, Laundroid consists of three technologies: Image analysis, artificial intelligence, and robotics. Even though there are multiple robot arms that fold the clothes, they are hidden inside a box that is styled like Italian luxury furniture, made of leather, wood, and glass. The materials are purposefully luxurious since the price point -- starting at $16,000 for the base model -- is much higher than most home appliances.

It is expensive, but we are lazy, home robots are exciting, and laundry never ends. Sakane says, "You can load up to 30 clean dry clothes and press the button, wait a few hours and then you'll see folded laundry sorted into either clothing categories or family members.

It seems like someone who can afford an unnecessary $16,000 home appliance probably isn't doing their own laundry anyway, but Sakane says that nearly 500 people have already signed up to purchase a Laundroid. The price should drop significantly when the volume increases. Sakane tells us, "A lot of technologies are in our software, and software is expensive to develop but easy to apply for a mass production product."

The machine works with an app that sounds useful but is potentially invasive. Just like any IoT device, aspects of our daily lives that were previously private are becoming open to the public. In order to train Laundroid to sort by family member, you have to register your clothes the first time.

It sounds simple enough: Just load all of your clothes into the insert box and then use the app on your smartphone to assign the clothes to a certain family member. The robot picks up each item, takes pictures of the clothing, and memorizes it. After this registration, you can randomly load clothing and then get neatly stacked piles of folded laundry for each member of your household. But then the Laundroid has your data.

"It's like an online closet," Sakane explains. It tells you what you have, how often you wear each piece of clothing, how long it's been since you wore an item, and more. He continues, "We can provide APIs to fashion tech startups or auction sites so that the Laundroid app can make recommendations, like, 'Oh, you didn't wear these t-shirts for a year so why don't you just sell them.' This is a new way of controlling your closet online."

This data about laundry could reveal behavior patterns and be sold to anyone who is interested in what people wear. Sakane says, "A lot of apparel industries really want the info what each customer already has -- they don't know. We will have that kind of collaboration by the time we launch next year."

Sakane says, "One of the hardest items is a towel. It seems ridiculous -- for human beings, a towel is a towel. But AI has a difficult time recognizing such a simple shape. A towel is just rectangular." Right now, it takes up to six hours to fold a load of laundry. This time will get much better when people start using the Laundroid enough to give it enough data to train the AI. In order to recognize towels with more than 95 percent accuracy, they'll need 250,000 pictures or more of towels.

"We have a few engineers who are just taking pictures of towels and pants." Sakane laughs. "It's AI training we cannot avoid."

A laundry folding robot is better than nothing, but the ultimate home appliance would be able to handle every aspect of laundry. Seven Dreamers has partnered with Panasonic to develop an all-in-one version of Laundroid. Sakane says the washer-dryer-folder could be ready in as soon as four years.

The company's new Health Tags can stick with you from thick to thin and even survive repeated trips through the washer and dryer.

The acquisition will help the appliance manufacturer build a "seamlessly integrated connected kitchen," Whirlpool reps said in a statement.