Full Bio
Posted in Between the Lines on January 24, 2013 | Topic: BlackBerry

PC manufacturing giant Lenovo may be mulling a bid for Research In Motion (RIM) as part of efforts to bolster its own smartphone unit.

According to a report by Bloomberg, the PC maker--currently ranked second only to HP according to latest IDC figures --is "assessing potential acquisition targets" and strategic alliances as it seeks to expand its post-PC business.

Speaking at the World Economic Forum in Davos, Switzerland, Lenovo's Chief Financial Officer Wong Wai Ming said that the company was "looking at all opportunities," adding: "We'll have no hesitation if the right opportunity comes along that could benefit us and shareholders."

He said that the PC maker has a team working on possible acquisitions, and that dialog between Lenovo and RIM had been open. However, Ming declined to comment on whether a decision had been made to bid for the smartphone maker.

Lenovo already has a range of Android-based smartphones out on the market, with plans to dish out a Windows Phone 8 handset, as revealed at the recent Consumer Electronics Show 2013 .

If RIM does end up licensing out the BlackBerry 10 platform, as suggested in recent days, it would be a welcome boon to RIM's investor and shareholder concerns, but also to Lenovo as it spreads its weight across a number of platforms. 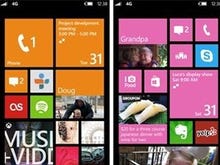 JD Howard, vice president of Lenovo's Mobile Internet and Digital Home unit, confirms it is planning for a Windows Phone 8 device and, if approved, there's a "good chance" of a 2013 release.

But, exactly how the China-based company would work its way into buying the company flags up a whole barrel load of concern, considering a recent report by the US House Intelligence Committee that  the Chinese government has Huawei and ZTE under the thumb . Both companies deny that they are spying for the Chinese or engaged in espionage.

For a Chinese company to buy out a maker of enterprise-grade security enabled smartphones, despite the recent push by governments to Apple products, would be interesting, to say the least.

The Canadian government hinted in recent days that it would prefer RIM to remain a Canadian company, but could not rule out that any sale of the firm would not have to go through the country's regulators, due to the sheer size of the company.

A RIM spokesperson told ZDNet in an emailed statement that RIM Chief Executive Thorsten Heins made it very clear that the company is focused on the delivery of BlackBerry 10, set for a global launch on January 30. On the company's most recent results conference call on December 20 , RIM continued to examine all available options to "create new opportunities, focusing on areas where we will be more effective partnering rather than going it alone, and ultimately maximizing value for all stakeholders."

The spokesperson noted that the smartphone maker does not have anything new to report on its Strategic Review at this time.

ZDNet will be at the BlackBerry 10 launch, with coverage from New York and London.

Join Discussion for: Lenovo may bid to acquire RIM in smartphone...