Despite a slump in the PC industry, Lenovo managed to gain further ground and expand its mobile devices business to post a better than expected second quarter.

For the three months ended September, the Chinese company saw net profit rise 36 percent on-year to US$219 million, above the US$202 million forecast by Bloomberg analyst estimates. This was on the back of a 13 percent increase in revenue to US$9.8 billion, according to its statement. 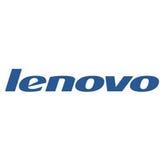 It also widened its lead in PC shipments in Q2 hitting 14.1 million units, making it fastest growing among the top 5 vendors, according to Lenovo. The company also had its highest-ever quarterly market share of 17.7 percent up 2 points year-over-year.

Lenovo bucked the industry slump in laptops, which was its biggest contributor to its topline accounting for 51 percent in the second quarter. Consolidated sales rose by 8 percent to US$5 billion despite a overall market decline of 12 percent, it said.

"We are optimistic about the industry's outlook. Benefiting from corporate refresh and China market improvement, the PC market is recovering, and tablet growth continues shifting to mainstream and entry-level segments, as well as emerging markets," said Yang Yuanqing, chairman and CEO of Lenovo, in the statement.

In the smartphone space, it held on to the world number 4 spot with a 78 percent growth in shipments. This was driven by a 64 percent rise in shipments in China, where it is number two behind Samsung . Its Vibe X handset unveiled last month was part of its push to tap the high-end smartphone segment.

Last week, Lenovo launched its multi-mode Yoga Tablet , in time for holiday sales. It has also been ramping up marketing efforts, most recently partnering Ashton Kutcher to be its face in the U.S. market.