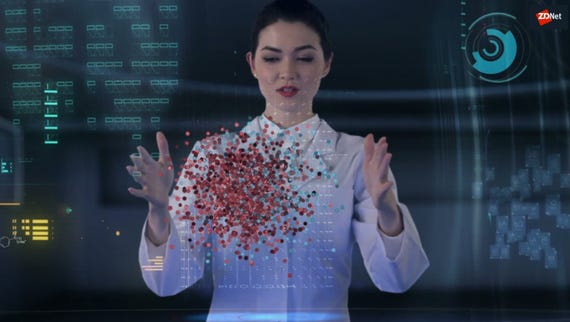 PC and tablet giant Lenovo has reported a sharp drop in profits for the three months to March, but said that growing revenues point to increasing momentum, with its PC and data center businesses both growing.

Why the corporate PC upgrade cycle may have legs

The consensus says that Windows XP has boosted corporate PC sales and acted as a performance enhancing drug. There's an argument that enterprises may keep refreshing PCs because the installed base is ancient.

The world's second biggest PC maker pointed to $10.6 billion in revenue in its fourth fiscal quarter 2017/18 (ended 31 March) -- up 11 percent year-on-year and the first double-digit increase in 10 quarters -- as "demonstrating solid performance momentum". But profit stood at $33m for the quarter, down 69 percent from $107m for the same period last year.

For the full fiscal year, the company's overall revenue was $45.3 billion, up five percent year-on-year. However Lenovo recorded a $189m net loss for the full year -- mainly, it said, due to a one-time non-cash write-off charge of $400m.

Lenovo's PCs and Smart Devices (PCSD) group reported $7.7 billion in Q4 revenue, up 16 percent from the same period a year ago and the highest growth in four years. For the year, revenue stood at $32.4bn, up eight percent from FY2016/17. Lenovo said that gaming PC shipments were up 42 percent and workstations were up 32 percent in the quarter, with both segments delivering more than $1bn revenue in the full year.

Lenovo's Mobile Business Group (MBG) revenue for the quarter was $1.3 billion -- down from $1.7bn in the same quarter last year; full-year revenue was $7.2 billion.

Lenovo said it wants to switch from being a PC hardware company into multi-business innovator in smart devices, data centers, Internet of Things (IoT) and Artificial Intelligence.

The company is merging its PC and mobile businesses into an Intelligent Devices Group (IDG), which it said, "will create a number of efficiencies by leveraging shared global supply chain and services".

Join Discussion for: ​Lenovo sees growth in PCs and workstations