Lenovo Moto on Thursday confirmed it's not planning a successor to the Moto 360 or any new smartwatch in the near future, as excitement around the wearables market slows down. 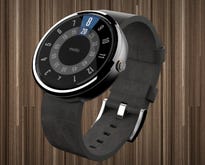 Moto 360 review: An elegant modern timepiece that keeps me updated all day long

The Moto 360 was one of the most anticipated smartwatches of the year and after using it for a week, I am convinced it is the best available Android Wear watch you can buy.

Speaking to The Verge, Shakil Barkat, head of global product development at Moto, said the company doesn't "see enough pull in the market to put [a new smartwatch] out at this time." It may revisit the space if technologies for the wrist improve, the executive said.

Barkat also confirmed Moto will shy away from a yearly update cycle for wearables. "Wearables do not have broad enough appeal for us to continue to build on it year after year," he told The Verge.

Moto launched the latest Moto 360 in 2015, replacing the original 2014 model. ZDNet ranked the Moto 360 as one of the top smartwatches on the market at the time.

Moto isn't throwing wearables completely out. "We believe the wrist still has value and there will be a point where they provide value to consumers more than they do today," Barkat said.

The wearables market has shown slowing growth in 2016. Research firm IDC speculates smartwatches will take off when they get independent cell connections and better pricing.