Full Bio
Posted in Between the Lines on October 5, 2017 | Topic: Hardware 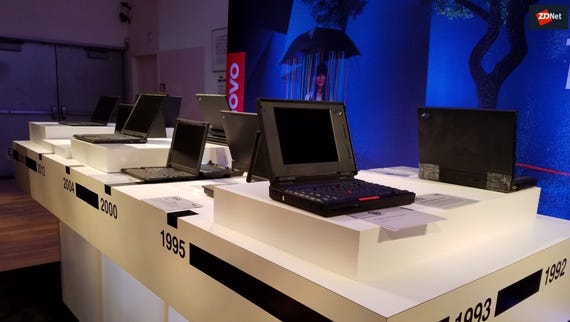 The ThinkPad is 25 and Lenovo is celebrating
Watch Now

The ThinkPad is 25 and Lenovo is celebrating

Happy birthday, ThinkPad! Lenovo's iconic laptop's 25th birthday will be marked by an event in Japan as the company rolls out a special edition of the device that spurred corporate mobility.

The ThinkPad -- initially an IBM creation -- has thrived as it has changed hands to Lenovo. Lenovo has already teased a future ThinkPad prototype that bends and folds like a book. This ThinkPad isn't anywhere near production, but the prototype was quite the concept laptop.

To mark the 25th anniversary, ThinkPad launched a limited edition model that features the classic design, ThinkPad Classic keyboard, and resembles earlier models such as the 700C. CNET called it an expensive oddity.

With Lenovo's birthday it's worth outlining a few key facts:

Source: Lenovo; "How the ThinkPad Changed the World and Is Shaping the Future"