LG's new TV panel: You can roll it down from the ceiling

Ahead of this year's CES, the South Korean manufacturer unveils a fresh take on its range of rollable displays.
Written by Daphne Leprince-Ringuet on Jan. 2, 2020 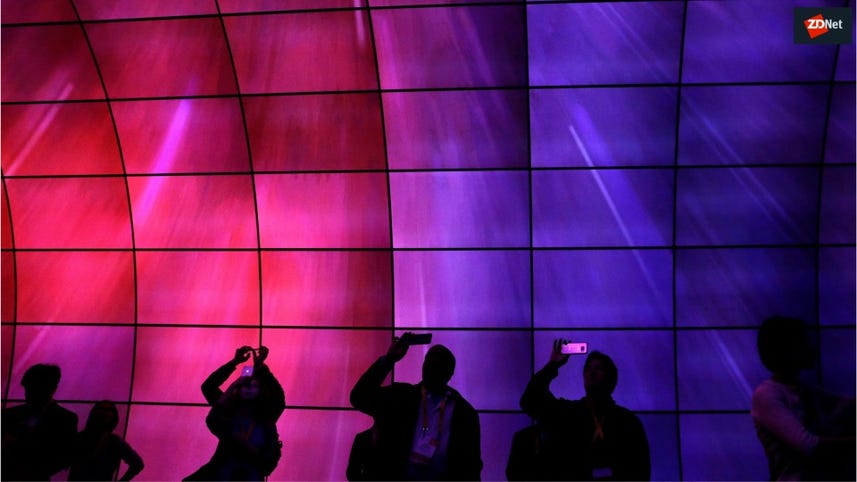 For the past two years, LG's rollable OLED designs have provoked gasps of wonder from television amateurs, and it looks like the South Korean giant wants more.

The company's panel-producing division, LG Display, has announced a new 65-inch OLED TV that, instead of springing out of its base, will roll down from the ceiling. The new technology will be unveiled next week at CES 2020 in Las Vegas.

The display, said the company, can be stored in the ceiling and pulled down like a projector screen, which means users will save TV stand space.

At last year's CES, LG stole the show with the OLED TV R, another 65-inch rollable device that can fully retract into an aluminum base that doubles as a Dolby Atmos soundbar.

However, the latest announcement isn't a simple reapplication of the technology, from pulling up to dragging down.

According to Tim Alessi, LG's director of new product development, the TV R was designed to roll upwards only, and it would have been necessary to invent a brand-new mechanism to be able to hang up the display from the ceiling.

Although LG has not disclosed the technical spec of the new panel, it is likely to attract attention with manufacturers presenting ever-more sophisticated TV displays at CES.

Samsung, in particular, is setting itself as a strong competitor. The South Korean manufacturer's catalog includes no rollable TV display. Instead, the company is banking on 8K resolution, having shown off a 146-inch, 8K MicroLED panel two years ago dubbed 'The Wall'. In comparison, LG's TV R only has 4K resolution.

That's not to say LG is lagging far behind. In fact, the company also announced it will unveil various other displays, including an 88-inch 8K OLED display for homes and hotels. The panel includes an 11.2 channel sound system embedded into the display to generate sound directly from it.

In what it describes as another world-first, LG will also showcase a smaller 48-inch OLED TV panel, designed for smaller homes and apartments, and which will add to the company's existing lineup of 55-inch, 65-inch, 77-inch, and 88-inch OLED TV displays.

The company has not specified when the new products will be commercially available. LG had promised that its rollable prototype from CES 2019 would go on sale this year but has since failed to provide a release date.