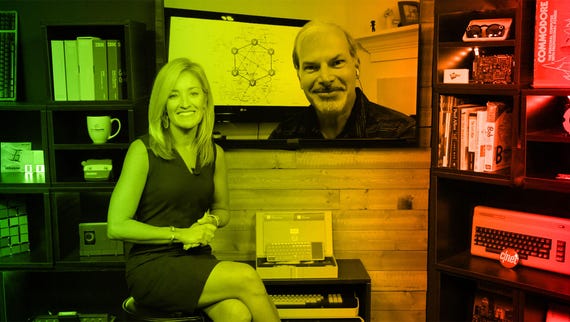 Edge computing: Will it replace or enhance the cloud?
Watch Now

Once upon a time, back when we all had mainframes and then servers in our offices, we had edge computing. Our compute power was literally down the hall. Then, along came the cloud, and all that changed. Computers were hundreds of miles but milliseconds away. Now, with the rise of IoT, 5G, and our never-satisfied need for speed, edge computing is coming back with a vengeance. Indeed, at his keynote at Open Networking Summit in Belgium, Arpit Joshipura, The Linux Foundation's general manager of networking, said "edge computing will overtake cloud computing" by 2025.

When Joshipura is talking about edge computing, he means compute and storage resources that are five to 20 milliseconds away. He also means edge computing should be an open, interoperable framework. This framework should be independent of hardware, silicon, cloud, or operating system. Open-edge computing should also work with any edge-computing use case: Internet of Things (IoT) edge, a telecom edge, cloud edge, or enterprise edge, whatever, "Our goal here is to unify all of these."

This is being done via LF Edge. This Linux Foundation organization seeks to bring all edge computing players under one umbrella with one technology. Its purpose is to create a software stack that unifies a fragmented edge market around a common, open vision for the future of the industry.

To make this happen, Joshipura announced two more projects were being incorporated into LF Edge: Baetyl and Fledge.

Why did Baidu, China's answer to Google, contribute the code to LF Edge? Watson Yin, a Baidu VP, explained: "[Baidu] decided to donate Baetyl, the intelligent edge computing framework, to the community, hoping to reciprocate the open-source community while continuously contributing cutting-edge technologies to the global technology ecosystem."

In short, Baidu, like so many other companies, believes that open source helps its business.

Fledge, once known as FogLAMP, is an open-source framework and community for the industrial edge. Its focus is on critical operations, predictive maintenance, situational awareness, and safety. Fledge is designed to integrate Industrial Internet of Things (IIoT), sensors and modern machines by sharing a common set of administration and application APIs with industrial "brown field" systems and the cloud.

Like Baidu, Flege's creator, Dianomic Systems, brought its project to LF Edge because the company believes both the program and the business will be the better for it.

Tom Arthur, Dianomic Systems' CEO and co-founder, stated: "The LF Edge's efforts for an open, interoperable framework for the edge is especially needed for the industrial factory, plant, and mine -- where almost every brown field system, piece of equipment, or sensor uses its own proprietary protocols and data definitions."

That all sounds well and good for edge computing users and companies, but why does Joshipura think that edge computing will overtake cloud computing? After all, Gartner estimated the total worth of the public cloud market in 2019 will be $214.3 billion, with a growth rate of 17.5%. For that, you need to take a close look at LF Edge's view of edge computing.

In it, the LF Edge sees industrial, enterprise and consumer use cases in complex environments spanning multiple edges and domains (a.k.a pretty much everywhere). Edge computing also has killer apps. These include video content delivery, autonomous vehicles' augmented and virtual reality, 5G, and gaming.

There are two reasons you haven't heard more about important edge computing is going to be. The first is that edge computing efforts have often been at cross-purposes. The LF Edge's primary reason for existence is to bring unity to edge computing. The other reason is that most of edge computing's killer apps aren't here yet.

With more and more support for the LF Edge and its projects, and the rise of these new technologies Joshipura may yet be proven right. Stay tuned.