By its very nature, open source -- and its most famous creation, Linux -- relies upon the open exchange of ideas. While that happens largely on a free, net-neutral internet, it also needs face-to-face meetings. President Trump's ill-considered, anti-immigration executive order is completely contrary to the spirit of open-source software.

Linux was started by Linus Torvalds, a Finnish citizen who immigrated to the US and became a citizen. So, it comes as no surprise that Linux's leaders are denouncing Trump's position.

Jim Whitehurst, Red Hat's CEO, blogged on Jan. 29: "Red Hat and our global economy benefit from immigration laws that both seek to protect the public and recognize that we have diverse backgrounds."

He concluded, "Red Hat is strong because of the thousands of diverse voices that comprise our company. Our continued work to advance the technology industry depends greatly on our ability to attract the best and brightest talent from around the world."

In an internal memo from Jan. 30, IBM, which was the first major technology company to support Linux, said: "As IBMers, we have learned, through era after era, that the path forward -- for innovation, for prosperity, and for civil society -- is the path of engagement and openness to the world. Our company will continue to work and advocate for this."

Jim Zemlin, The Linux Foundation's executive director, wrote on Jan. 30: "The Linux operating system underlies nearly every piece of technology in modern life, from phones to satellites to web searches to your car ... openness is both a part of our core principles and also a matter of practicality. Linux, the largest cooperatively developed software project in history, is created by thousands of people from around the world and made available to anyone to use for free."

When it comes to travel in particular, Zemlin continued, "The Linux Foundation also hosts dozens of open-source projects covering security, networking, cloud, automotive, blockchain, and other areas. Last year, the Linux Foundation hosted over 20,000 people from 85 countries at more than 150 events."

Therefore, "The administration's policy on immigration restrictions is antithetical to the values of openness and community that have enabled open source to succeed. I oppose the immigration ban."

At Cloud Foundry, we believe strongly in diversity.

Diversity of thought. Diversity of opinion. Most importantly, diversity in terms of gender, race, religion and orientation.

Kearns added, "The United States is a nation of immigrants. We believe migration to escape inhumane treatment is a human right. We do not believe in discriminating against people coming to the United States based on gender, race, religion, and orientation."

In an email, Mark Shuttleworth, founder of Canonical and Ubuntu, told me:

Today is a good time to appreciate that our work in open source underpins innovation and access to knowledge equally, everywhere. It also depends on generosity and talent that is truly global. I would like to publicly thank participants in the global free software movement who live in, and come from, the countries singled out in this travel ban. Their circumstances make their contribution - of time and insight and energy - even more compelling. Let us celebrate the free-software and Ubuntu communities in Iran, Iraq, Libya, Somalia, Sudan, Syria and Yemen, and the broader open-source communities behind them, for their spirited and multi-cultural contribution to the body of open source and our everyday sense of community.

Recent divisive presidential orders present Americans with a deeply unsettling but unavoidable choice - to resist and defeat this dark tide, or tacitly support it. It takes courage to stand up for ideals in the face of authority. I saw that courage in action in South Africa in the days of Apartheid, and I would urge American friends and colleagues to find strength, energy and motivation for courageous dissidence in their long tradition of openness, on which so much of the nation is built. Self-respect can only be created through the patient commitment to values that transcend our individual immediate desires and fears.

History is on the side of those who defend the equality of all human beings - a notion expressed most eloquently in the US' founding documents. Waves surge back and forth, but the current of progress moves us towards a better world for all. That progress is grounded in the determined and often unpopular sacrifice of those who marched for civil rights of all forms, in all countries, often at great personal cost.

This present wave will be shocking and difficult to overcome, but I also have no doubt that time will restore progressive values, as those ultimately create more productive and happier societies.

We would be foolish to downplay the economic changes which have distressed large swathes of the Western world and which underpin the regressive movements of Trumpism and Brexit. Globalization has not proven a universal boon, and both left and right must work to find more effective approaches to global trade and financial integration.

Nevertheless, complexity and interdependence are facts of modern existence, uncomfortable as they are. Isolationism will prove even more toxic to the people now disaffected with globalization. To those who have found themselves frustrated, and rejected integration, I wish to express empathy. Wherever I have traveled I have found people to want the same things--freedom to pursue their interests, freedom of expression and association, a desire for fairness in their treatment, and confidence that the future will improve their lot.

But those common wishes don't translate to common circumstances. On any given day, life can be miserable for lots of us. Nevertheless, artificial boundaries offer no respite from those challenges. Neither personal security nor prospects will be improved by divisive and isolationist posturing. In history, this xenophobic rhetoric and behavior commonly result in poverty and shame.

The Linux and open-source communities are standing against Trump's immigration executive order. Hopefully, Shuttleworth is right, and eventually, the current presidential embrace of irrational fear and nativism will be lifted for a freer, more open and hopeful tomorrow. 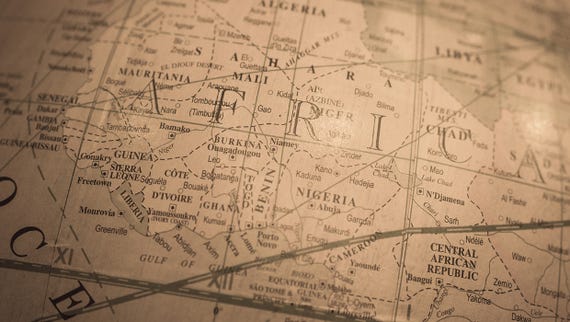 Will your next developer log in from Africa?
Watch Now
Government - US | Cloud | Big Data Analytics | Innovation | Tech and Work | Collaboration
Show Comments
LOG IN TO COMMENT
| Community Guidelines