London's startups aim to avoid the mistakes of Silicon Valley

The capital's tech ecosystem is important for economic growth, but not at any cost.
Written by Steve Ranger, Editorial director, ZDNet on June 19, 2018 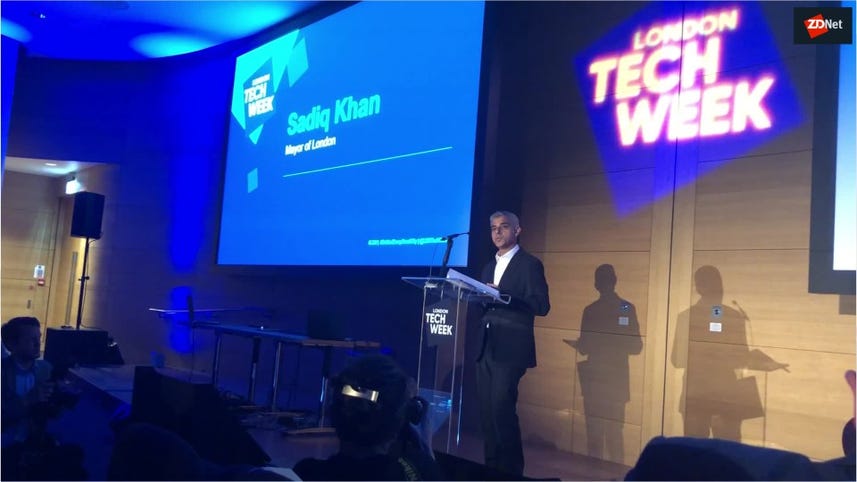 What was most striking about the glitzy launch of London's Tech Week was that the speakers weren't pitching to the venture capitalists or tech entrepreneurs or reporters, although there were plenty of them there.

The people they really had in mind were the capital's school kids who made up a big portion of the audience.

Cities like London are keen to attract and retain high-value tech jobs, but as the capital's tech ecosystem is growing there is a strong sense that the mistakes of Silicon Valley should not be repeated.

While the tech companies of Silicon Valley create innovative technologies with far-reaching benefits, and generate vast profits and great wealth for their employees and investors, there are still big downsides.

These companies are regularly criticised for fuelling a property boom that makes it all but impossible for regular workers to live in the city they are employed in.

These companies are seen as aloof and disengaged from the broader community and creating extreme inequalities of wealth and opportunity -- of haves (the 'tech bros') and have-nots (everyone else).

London already shares a few of San Francisco's problems: super-high property prices and rents that make it hard for small companies to find a toehold being the most obvious. But while it is growing, London's tech scene is only one element of the capital's economy.

The speakers at the opening of London Tech Week didn't take the easy option of reciting the big numbers that London's boosters have used to demonstrate that the city's tech ecosystem is growing well and still well ahead of Paris and Berlin.

Instead, they made a plea for the kids to remain inquisitive and curious -- to be inclusive in the tech they develop.

"Everything I've done is because of the people around me," said one speaker; about as far as you can get from the idea of the tech entrepreneur as lone hero.

And that's not to say there aren't some impressive numbers for London to talk about. According to figures from London & Partners, the capital's tech firms picked up £4bn in VC funding since June 2016 -- well ahead of Paris' £1.14bn, Berlin's £814m, and Stockholm's £542m.

London's tech startups have long grown beyond the Silicon Roundabout that was their cradle. And while London like every other major city wants to attract high-paying tech jobs, it's also important to do this in a sustainable way that sees the benefits of any tech boom shared across society and not concentrated on a privileged few.

There are some encouraging signs. The report notes that a third of London's AI companies have one or more founders who consider themselves to be black, Asian and minority ethnic, compared with 15 percent of UK tech workers and 10 percent of workers in the wider UK economy.

And one in four of London's AI companies has at least one female founder, compared with 17 percent of global technology startups in 2017.

Another set of research, commissioned by the mayor of London and published during London Tech Week, found that the capital now is now home to 645 companies working in AI.

"In particular, London has the opportunity to capitalise on its three key strengths: its open, tolerant, and multicultural society; the proximity of clients to suppliers and its ability to attract global talent, which together promote a strong community of peer support for entrepreneurs," said the report.

There's still plenty more to be done, of course. Making sure that London's tech startups don't catch too much of a chill from Brexit is one short-term priority.

Longer term, the challenge is to make sure the capital's schoolchildren have the skills and opportunities to chose a career in tech if they want it -- and to develop a tech industry that is worthy of them.

London's tech startups are booming, but their biggest challenge is just around the corner

First came the artists, then came the hackers: The strange history of London's own Silicon Valley

Why Britain has become the top tech hub in Europe (TechRepublic)