UK-based firms will suffer IT skills shortages and lose business following last week's Brexit vote, according to a gloomy assessment by analysts.

Businesses need to shore themselves against the negative consequences of the British public's vote to leave the EU, warned analyst houses Gartner and Forrester.

While there are no clear indications of how immigration laws will change, Forrester is pessimistic about the prospects for firms being able to fill certain tech-related roles.

Microsoft: Forcing us to share data will harm US-EU relations

The company has already been served a contempt of court order for refusing to hand over the foreign data to the US government.

"Concerns about immigration laws -- ie, who will have the right to stay -- will both drive footloose talent to look for jobs abroad and dissuade others from coming. And CIOs will find it even more difficult to recruit already-scarce developers and engineers to build customer-facing systems."

Gartner VP Mark Raskino is less certain of a negative impact, but cautions it's possible that during the next two years fewer young Europeans will seek a job inside the UK. With that possibility in mind, CIOs that depend on EU citizens working in UK-based roles should "plan alternative strategies".

On Friday, a spokesman for the UK-based chip designer ARM expressed concern over what the vote would mean for the 200 non-UK EU citizens it employs at its headquarters in Cambridge.

IT firms can also expect revenues to be affected by the economic uncertainty and possible price increases, warns Gartner. John-David Lovelock, research VP at the analyst house, predicts spending on IT by both consumers and businesses will not pick up until 2017, with firms deferring large, long-term projects.

While Gartner had forecast that UK IT spending would grow by 1.7 percent this year, spending will now almost certainly shrink, he said. Similarly, Brexit will see the 0.2 percent growth in IT spending in Western Europe forecast for this year turn negative, he said. However worldwide spending growth will not fall as deeply, with the expected 1.5 percent growth remaining above one percent.

Tech firms serving a variety of industries should also prepare to lose business, they predict, with Gartner cautioning firms that are highly dependent on European government contracts to expect difficult business conditions.

Meanwhile, Forrester says firms should prepare themselves for commercial customers and partners moving at least parts of their business outside of Britain, suggesting that "global manufacturing and automotive firms will also move innovation [centers] out of the UK" and "London's financial services power and fintech cluster will shift to the continent".

"The largest export from Britain to Europe is financial services," writes Koetzle in the report Quick Take: UK Firms Must Drive Innovation In The Age Of The Customer, Despite Brexit.

"Now the UK's banks and other financial services firms may lose access to the 'passport' rule that allows financial firms regulated in one EU country to operate in every other EU country. If EU businesses can't use British banks, European banks will be more than happy to step in, and London's currently vibrant fintech cluster will pack up and follow them." 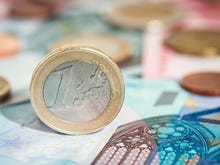 While some businesses have suggested they may move staff abroad -- for instance there is talk of HSBC moving 1,000 staff out of the UK -- there have been no pledges to do so from major firms as yet.

Boris Johnson, the Conservative frontrunner to replace David Cameron as UK prime minister, said on Sunday that he wants Britain to maintain a relationship with the EU that would allow businesses to continue operating in largely the same way, suggesting Britain would have continued access to the EU single market.

However, the terms of any agreement that Britain might strike with the EU are a long way off being settled, with the UK not even expected to trigger its withdrawal from the EU until October this year. There is also the question of how Leave voters would react to the continued free movement of EU workers in and out of the UK that is required for full access to the single market. Michael Fuchs, German politician and close ally of chancellor Angela Merkel, has also suggested that the cost of access to the single market would wipe out any savings from leaving the EU.

In light of possible changes, Gartner recommends that UK CIOs reassure key staff working for them in the UK by offering assistance and loyalty bonuses, that firms inform employees about how the vote will affect them, and create a working group to handle legislative changes resulting from Britain's departure.