Eric, the first British robot, was a sensation in the 1920s, delivering speeches and firing sparks out of his mouth. And now, decades after he vanished, London's Science Museum is hoping to resurrect him and take him on tour again. 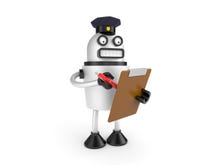 "Eric was really the first British robot in the modern sense of the word -- a tall broad-shouldered tin man. He was built in 1928 amongst the very earliest of these anywhere in the world, so he's actually a very significant thing and what was interesting for us was that no-one is quite sure what happened to him," said Ben Russell, the curator of the museum's forthcoming robots exhibition.

Eric was built by Captain WH Richards and Alan Reffell and made his debut in London at the Model Engineering Exhibition in 1928.

"In modern terms he was relatively crude: he could stand, he could move his arms and head, sparks would come out of his mouth when he was speaking, and he could take a bow and sit down again," said Russell.

"He was something like a puppet: he could be used to deliver a speech, probably speaking through an operator off-stage so he had no intelligence or autonomy," Russell added.

After wowing the crowd with his debut ("he was a bit of a showman", according to Russell), Eric was taken on an international tour. He was followed by another robot called George, who was later destroyed in a Second World War air-raid. But Eric's fate remains a mystery.

"Was he cannibalised for parts or lost? It's impossible to say," said Russell. "We've come across all sorts of robots stuck away in odd corners and all sorts of places. They might have been these quite big machines, but often they've been tremendously ephemeral -- they do tend to get put to one side or forgotten about."

The Science Museum has launched a Kickstarter campaign to raise the £35,000 to build a new version of Eric ahead of its Robots exhibition next year.

Big questions remain to be answered: for example, it's not entirely clear what made Eric work.

"The Illustrated London News did an artist's recreation of what they thought was inside him, and so a big part of the project is reverse-engineering from what we know he looked like externally and what he was capable of doing, and working back from there and figuring out how do we deliver that. It's a bit of a challenge," said Russell.

"The people who ran him didn't give too much away about exactly what was going on inside," said Russell. "There's cryptic references to the use of technology under patent from Marconi, and this is at the very dawn of remote control and that sort of thing. It might be there is some technically significant stuff in there, but they weren't really approaching it as a formal piece of R&D -- Eric was built as a performing robot. Much as a magician wouldn't give away his secrets, they kept a lot of that stuff to themselves."

Eric's time in the spotlight was well ahead of the dawn of modern computing, but one reason why he remains interesting is that he was built around the time the modern concept of the robot was really taking shape, with the film Metropolis and the play Rossum's Universal Robots, which coined the word robot.

"He was relatively crude, but people read into it a lot and that's something they still do -- a robot that leaves a lot to the imagination is always going to be more popular than one that presents everything on a plate. That is still true of a lot of the very modern robots," said Russell. 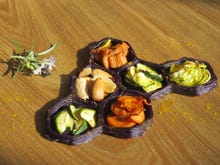 The Science Museum's exhibition will focus on humanoid robots. While Eric was the first British robot, he certainly wasn't the first ever.

"You can go back to the medieval period and there are illuminated manuscripts which have these tiny silver figures in them -- and that's what the exhibition is looking at: we keep reinventing ourselves in robotic format, and we have done for at least 500 years and quite possibly longer. The [types of robot] you can tell the really long story about is human recreations, the humanoid robots -- you can go back the the chess-playing Turk and the eighteenth-century automata," Russell said.

So what is that drives humans to create robots?

"We've kept rebuilding ourselves with mechanisms, as machines. They've helped us to rationalise a lot of our thoughts about what human beings are. It's quite a fundamental thing."

Eric may have been a little basic, but robots still find it hard to tackle things that humans can do with ease: "Integrating those two together, bodies and minds in mechanical form, that's a dauntingly complicated project. All those things you take for granted -- stand on one leg, go up and down stairs: try to get a robot to do that and you're in a world of pain," said Russell.