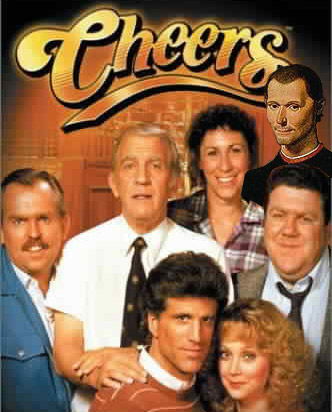 These words from one of the main founders of modern political science Niccolò Machiavelli's 1513 book 'The Prince' show how timelessly resistant human nature is around change:

"...and one should bear in mind that there is nothing more difficult to execute, nor more dubious of success, nor more dangerous to administer than to introduce a new order to things; for he who introduces it has all those who profit from the old order as his enemies; and he has only lukewarm allies in all those who might profit from the new. This lukewarmness partly stems from fear of their adversaries, who have the law on their side, and partly from the skepticism of men, who do not truly believe in new things unless they have personal experience in them."

Lukewarm allies and fair weather friends are something all too many practitioners of grass roots Enterprise 2.0 collaboration initiatives grapple with. Shifting political clouds and the fickle hand of fate cause many promising initiatives to fizzle at the hands of those resistant to change who perceive their interests being challenged.

That's Niccolò's portrait I've superimposed in the image of the 1980's situation comedy Cheers cast above - you may remember these lyrics from that show's theme tune:

I'm conflating these two completely opposing worlds for a reason. The cold, calculating world of political science is light years away from feel good humorous bar room banter and situational comedy set ups, which the Twitter social scene reminds me of.

In the business world, there are many sound strategies planned that never see the light of day because of opposing agendas. According to the Oxford English Dictionary 'Machiavellianism' is "the employment of cunning and duplicity in statecraft or in general conduct", but as the quote above from 'The Prince' shows Machiavelli was also a pragmatic realist.

The entrenched 'old order' frequently don't see what they have to gain through greater collaboration with their peers, and if in doubt we tend to be lukewarm allies.

Morten Hansen gave a terrific keynote during the recent Enterprise 2.0 virtual conference on the topic of disciplined collaboration, and argues convincingly that bad collaboration is worse than none.

Creating an understandable set of achievable goals to execute against are a critical first step to leveraging the power of collaboration when it is understood to be the best way to succeed against those objectives.

If we see the power of tacit knowledge and unstructured data as core components to succeed in realizing structured business goals,  how do you make continuing huge and rapid changes in technological innovation fit?

Increasingly these tech innovations are impossible to understand unless you use them at scale, experiencing what their effect are. If you're happy to take a chance in hoping to convert 'lukewarm allies who might profit from the new' by encouraging them to try new ways of doing their job with some new tools,this can be a way of driving adoption.

A better solution is to be very clear what your business objectives are and by then identifying and deploying tools which can serve and meet those needs.

....All leaders and managers can learn from five key mistakes made by the White House:

1. Wrong language by the rank-and-file. 2. Confusing delegation with collaboration. 3. No meaningful outreach to opponents. 4. No hard compromises. 5. Lack of a compelling common goal.

The five points Hansen details are universal to both political science (which Niccolò Machiavelli wrote the  book on in Renaissance Florence) and to the business world: the challenge today is that enormously powerful free communication tools can blunt the sharpness of initiatives in no time, even if purpose and goals were clearly outlined at the outset.

The distraction factor of 'incidental' communication tools - and the launch last week of Google's Buzz has increased that irritation factor enormously for many people - is any many cases adding to the burden of email and communication overload and clarity of communication, not solving it.

The endless later night TV reruns of Cheers personify the feel-good factor many people get from Twitter, and  presumably Google hopes to emulate and amplify this type of connectivity with Buzz.

Socially all your followers know your name, or at least they knew who you were when they elected to follow you... presumably because you said something interesting and they have something to gain from knowing you which is a fundamental appeal of 'friending' online.

Twitter/Buzz/'Microblogging' services can be an amazing tool for personal networking and finding information. Who knows how many overlapping social circles they host, or how many connections have been made through this new medium...but the 'Cheers' loose knit groups factor can also be a blunting, lukewarm - even cynical - way for people to undermine each other.

Many technology enthusiasts only see positive uses for new tools. It's vital to think through what those who would choose conflict and Machiavellian behavior can do with these powerful tools as well, and plan to ensure the destination to your desired business goals isn't derailed by negative actions.