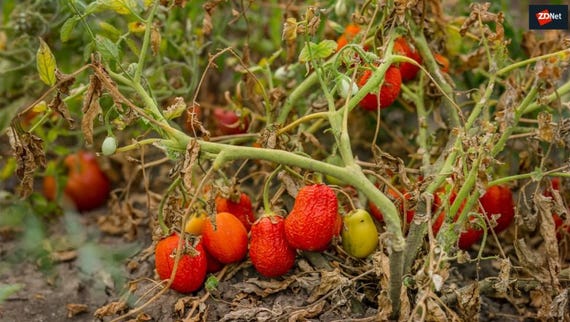 Crop loss is devastating for farmers. With increasing ecological volatility, it's also a fact of life.

But a host of new techniques known collectively as "precision agriculture" or "agricultural intelligence" can help. One company, Taranis, just unveiled a novel weed identification system that combines computer vision, satellite and drone imagery, and AI to tell farmers what kinds of weeds are attacking their crops in real time, empowering the farmers to fight back.

The scope of the global crop loss problem is staggering. Worldwide, farmers lose about $750B from crop loss each year. About a third of all food grown is lost.

For decades the solution has been heavy herbicide use. But there are over 8,000 species of weeds. Rather than target one offending species, farmers have often had no choice but use large doses of weed killer. As a result, herbicide and pesticide resistance is currently costing the industry something like $10 billion a year in the US alone.

Companies like Taranis, founded in 201, are capitalizing on advances in computer vision, machine learning, and commercial drone technology, and they're coming up with novel solutions to help.

"With our team of 120 expert agronomists continuously training our AI Data Sets, Taranis now has the most comprehensive weed identification system of its kind," said Ofir Schlam, CEO and Co-founder of Taranis. "We are making it easier than ever for farmers to identify thousands of weeds, furthering our mission to enable service providers, land managers, and producers to pre-emptively combat crop yield loss due to weeds, insects, disease, and more."

Farmers, who have become an increasingly tech savvy lot as the agriculture sector is transformed by automation and IoT, get readouts alerting them to crop health. The company's computer vision algorithms recognize patterns in fields to deduce the presence of diseases and identify specific weed varieties.

The launch of Taranis' new weed identification feature follows a $20 million Series B round. Based in Israel, Taranis has over $30 million in funding to date. So far, the company has focused on high volume commodity crops such as corn, cotton, sugarcane, soybean, wheat, potatoes, which account for 70 percent of global crop volumes.

Join Discussion for: Machine vision is the newest weapon against...