Magic Leap aims to combine the AR worlds of ubiquitous Glass-like cues and HoloLens-like rich visuals in a bid to build a digital overlay onto our cities. For now, its demos span entertainment and collaboration.
Written by Ross Rubin, Contributing Writer on July 9, 2019 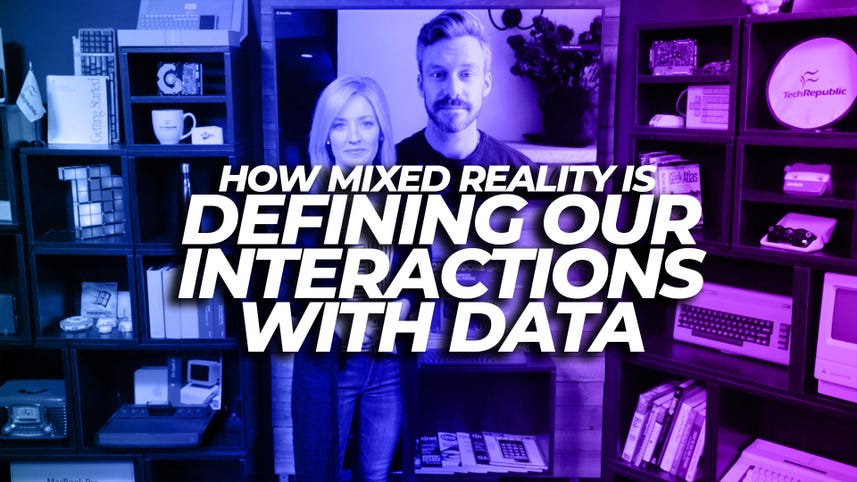 In theory, virtual reality is agnostic when it comes to whether it is experienced indoors or outdoors. Since it completely overlays the real world surroundings, the external environment makes little difference. In augmented reality, however, the external environment is not only significant but has been a defining characteristic up to this point. "Smart glasses" dating back to Google Glass have focused on relaying bite-sized environmental cues from nearly anywhere. They sacrifice graphical richness for ubiquity. In contrast. AR headsets such as the HoloLens provide rich overlays within a relatively confined space, throwing significantly more processing power at creating their digital objects. Nonetheless, both sets of products today primarily target enterprise tasks such as training.

Between the two approaches. Magic Leap is far closer to the latter, as I experienced when I tried it at an AT&T store back in April. But the company brought a broader set of experiences to AT&T's Shape event. There, it offered a peek at a future of digital magic against a backdrop of today's movie magic: the storied Warner Brothers studio lot. In addition to its Game of Thrones experience, the mixed reality company provided demos of a fun shooting game starring killer robots lurking beyond and emerging from the wall. (Note to realtors: Be sure to check out homes with augmented reality tech to find all portals to other dimensions.)

Its other demos were far more business-related. The most impressive was a collaborative interaction with "Mica," an AI-driven agent who effectively guided me to pick up objects around the room and create a collage on a wall from cut-out shapes placed on a table. Magic Leap apologetically forewarned that Mica was silent at this stage of her development, but in some ways that added to the fun mystery of interacting with her. The last demo was a nearly perfect complement to Mica: a telepresence demo with a digital representation of an actual human with whom I could not only converse but collaboratively manipulate digital objects. While she was crudely rendered, Magic Leap noted that the technology is emerging and hails from Mimesys, a company it recently acquired.

The novel productivity collaboration apps served as a reality check against the grand ambition that Magic Leap CEO Rony Abovitz articulated. Unlike many of today's marketplace entrants, Magic Leap is not shy about charting a course to a future where entire cities are blanketed in a digital reality that sits atop our physical one. This future could enable everything from avatars walking alongside us in the street like astrally projected Jedi to skyscraper-sized digital dinosaurs serving as targets for massive multiplayer battles.

This vision represents a great reconciliation of the two approaches to augmented reality, enabling rich holograms freed from the barriers of rooms. It also crystallizes the often amorphous IoT-reliant concept of smart cities, where examples include such workaday functionality as better air quality and traffic monitoring and smart garbage cans that can notify sanitation crews when they are overflowing. Indeed, particularly when it comes to cash-starved municipalities, the better option for creating an environment filled with information-rich objects may be to digitally augment them rather than replace them.

To be sure, we are a long way from such a vision, one that may suffer from the same kind of persistent battle for our attention that smartphones provide or worse. For now, Magic Leap recognizes that the current iteration of its gear is too conspicuous and expensive for everyday use, a challenge that traces back to the Glass backlash. But it eagerly offers that we won't be waiting long for the next generation that will drive down the price and size of its hardware -- the next step in a leap that will require a lot more science than magic.

Disclosure: The demos and presentation referenced in this article took place at AT&T Shape, an event for which AT&T paid travel expenses. AT&T is an investor in Magic Leap.

AT&T store demos pit Magic Leap versus VR in a tech game of thrones
The wireless carrier, which now owns HBO, has shown the power of marrying its popular content with leading-edge entertainment tech.

With Magic Leap, your entertainment may get real weird real quick
The startup's staying power may hinge on the visions concocted by outsiders who go rogue.

Bad start for CNN app on Magic Leap One
The limitations of the form are on full display in legacy news company's new Mixed Reality app.

CXO
Return to the office or else? Why bosses' ultimatums are missing the point

Productivity
How to stream from your iPhone to your TV