The other weekend we visited Maker Faire. It's a fascinating place, a modern science fair full of neat technologies, hand-built hacks, and every type of machine tool you can imagine. Hundreds of thousands of people thronged the midway, while mechanical giraffes and flaming dragons strolled by. It was a geek mecca.

What's most interesting about Maker Faire is the enabling technologies and the organisations . There's something about the democratisation of sophisticated tooling through places like TechShop that's liberating ideas and innovation in ways that we really couldn’t imagine. Instead of having to invest in tooling, engineers and designers are able to use the shared tooling to collaborate on prototypes for hardware – a process used by the designers of the Square credit card reader that was everywhere at the Faire.

Sign up for TechShop, and you get access to everything from sewing machines to laser cutters. It’s a time-shared machine shop, that offers machine tooling using the same utility model as cloud computing. You'll get training and support, as well as access to new tools as they arrive. Showing what could be done, GE, TechShop and Quirky had set up a workshop at Maker Faire where Quirky engineers and designers were collaborating with the wider Internet to design a better milk jug, opening up the design process to interested bystanders – as well as demonstrating the capabilities of modern computer controlled machine tooling.

If we're to encourage an innovation culture in the UK we need to encourage the creation of organisations like TechShop, giving hardware designers the support that we give software. Engineering is a powerful discipline, and it's important that we give as many people access to the tools they need as we can. Hardware hacking like that on show at Maker Faire gives us new ideas and new approaches, freeing people to try new ideas and new technologies.

And it’s not that the UK isn’t full of great ideas.

One of the surprises of this year's Maker Faire was catching up with some of the UK companies on site. It's a long way from the East End to San Mateo, but the UK's hardware hackers were there in force, demonstrating conductive paints and multi-coloured self-curing rubber pastes – all building on work done at the Royal College of Art. I picked up a sample pack of the Sugru rubber paste, as my laptop had lost a foot.

Sugru's slogan is "hack things better", so I did. A pinch or two of what felt just like plasticene and I'd quickly molded a replacement foot that stuck to the metal and plastic of my laptop, rebalancing it nicely. I left it curing in a motel room for a day, and the resulting replacement foot has stopped my laptop from over-balancing. There was some left over, and I used it to replace a bumper on an external battery. 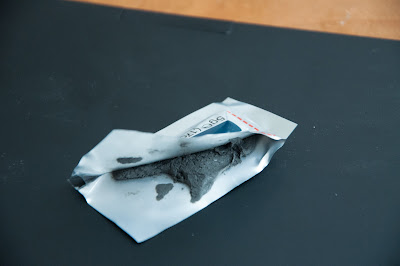 A packet of Sugru

It's good to see UK companies getting attention in the US, and Sugru is a prime example of hardware hacking and the Maker ethos in action. But if you weren't at Maker Faire you probably won't have heard of it, or tried it out. We need more companies like that, more companies with access to the tools and technologies needed to turn their ideas into products. Raspberry Pi is only part of the process of revitalizing UK innovation, and we need to encourage more companies like Sugru to stake their futures on engineering and science – and on art and inspiration.

And that's why we need a UK TechShop-like organization. The capital cost of setting up a shared-workshop is high, but membership fees can help recoup those costs – and the resulting benefit to the UK of new companies and new technologies is incalculable, and key to the country's economic success.

Instead of the old "Made in the UK" slogan we need a new one. So how about the title of this blog post, "Maker in the UK"? It's got a ring to it, don't you think?