Activists think next year's vote will convince politicians to make major changes to a new mass-surveillance law.
Written by David Meyer on Nov. 3, 2017 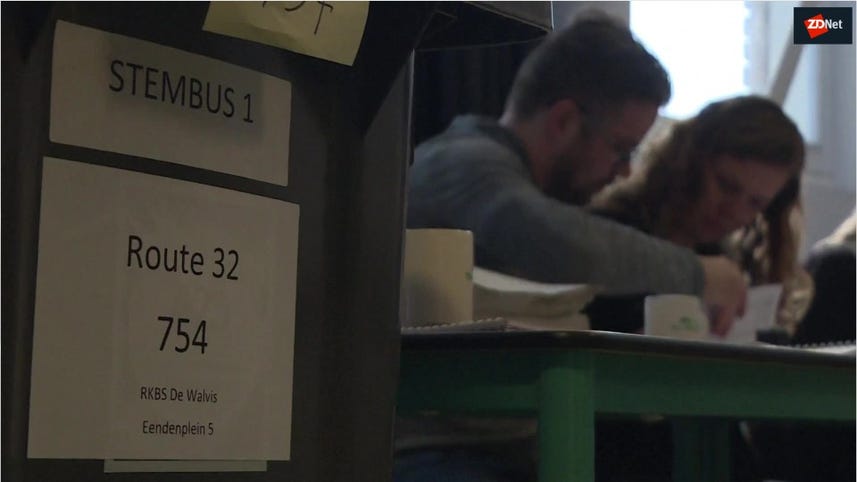 The Netherlands is set to have a national referendum about new mass-surveillance legislation, after opponents of the 'dragnet law', or Sleepwet, secured enough signatures to demand a poll.

Under Dutch law, the government has to hold a non-binding referendum on an issue if the country's Voting Commission receives at least 300,000 valid signatures demanding it.

Campaigners got over 417,000 signatures, of which the commission said 384,126 were valid. The regulator recommended on Wednesday that the referendum should take place on March 21, to coincide with municipal elections.

On encryption, the UK sets a collision course with Europe

End-to-end encryption is still seen as a danger by British politicians but as a useful protection by Europeans.

The Dutch senate cleared the Intelligence and Security Agencies Act back in July. Rather like the UK's Investigatory Powers Act, it expands the authorities' powers for monitoring the data that flows over the country's internet infrastructure, while also granting them broad device-hacking powers.

The organizers of the pushback say they don't want to scrap the law in its entirety, because there needs to be an up-to-date legal basis for targeted surveillance. They just want to take out the parts that infringe on fundamental rights and undermine people's security.

"One of the main [new capabilities] is untargeted interception of cable traffic and automated analysis of that data, which is basically mass surveillance," said Nina Boelsums, one of the five university students who initiated the call for a referendum.

"They're also authorizing hacking of third parties. It's an incentive for the intelligence agencies to collect zero-day vulnerabilities. Security experts are worried that that will actually make us less secure."

There's a broad coalition of people and organisations who want to see the law reformed, ranging from the Pirate and Libertarian parties to digital rights groups such as Bits of Freedom and international NGOs such as Amnesty International.

Amnesty welcomed the news of the referendum, warning that surveillance of people who do not pose a threat to national security is a "major violation of human rights".

The Dutch Association of Journalists has also expressed concern because the law does not provide any monitoring exemptions to allow them to protect their sources.

As Boelsums noted, the law also allows for the sharing of surveillance data with intelligence agencies from any country.

"If you're a Dutch person with Turkish background and you're critical about Erdoğan, it could happen [that] you go on holiday in Turkey and get into trouble," she said.

However, even if the Dutch do side against the Sleepwet, there's a major hitch: the referendum is only advisory, and Sybrand Buma, the leader of the Christian Democratic Appeal (CDA) party, which is in the Dutch coalition government, has already promised to ignore the result.

Other parties have so far not explicitly lent their support to Buma's stance, but crucially, the CDA controls the country's justice and security ministry.

If the referendum goes against the government and it ignores the result, Boelsums said, that would be "a very bad signal to the citizens" as it would indicate the government is willing to refuse to weigh up the pros and cons of the law.

However, activists hope to use the debate to convince parties to "make some significant changes" to the legislation, she said.

"We also think it's very important that the privacy discussion is revived after the Snowden leaks, because everybody has kind of forgotten about it," she said.

Even if the Dutch campaigners are unsuccessful, there may be a ruling in the not-too-distant future that goes their way.

At some point in the coming years, the Court of Justice of the European Union will have to decide whether the UK's mass-surveillance legislation is legal, and their ruling would also apply to other countries in the EU.

So far, the EU's highest court has consistently ruled that untargeted surveillance is illegal, because it infringes on people's fundamental rights.

The framework to support the 'Snoopers Charter' is being built, although its final shape and scale remain uncertain.

The UK government still wants more power over the internet, but it's unclear what form it will take.