People in Finland are being shown the public and private services that could benefit them most in an ambitious AI trial.
Written by Richard Robinson on Feb. 7, 2019 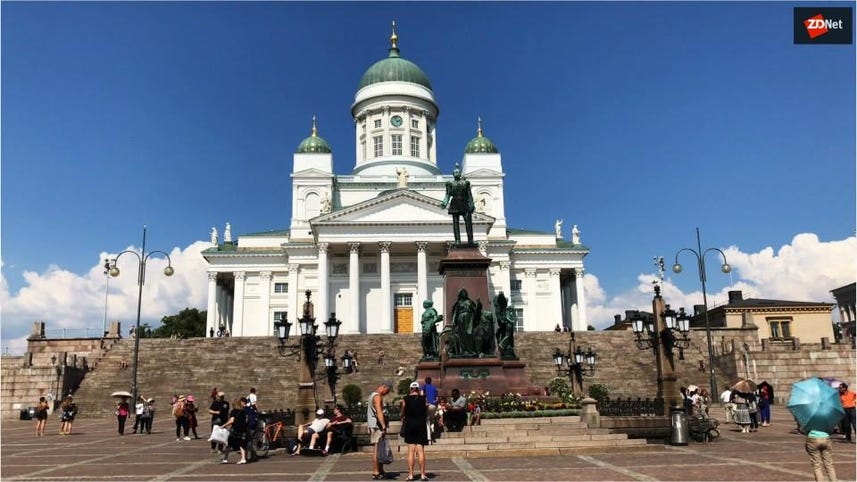 In Finland, the government is piloting a pioneering use of AI that could result in the most ambitious public-sector AI assistant in the world.

Christened Aurora, the AI assistant is a digital platform that aims to offer a personalized selection of services to each user, filtering them according to his or her individual needs at particular moments in life.

At Aurora's heart is reinforcement learning, whereby the software identifies the combinations of services — from public and private providers — that prove most popular with particular user groups over time. These services get prioritized and promoted, while the less popular combinations are laid by the digital wayside.

"The more anonymous information we have at the group level, the better we can offer relevant, personalized services to a single individual and play a part in bringing the individual and society closer together," Antti Hahto, head of data science at IT consultancy Cybercom Finland, tells ZDNet.

"When data is required in its individual form, we will follow the MyData principle, that the user — and no one else — is the data-owner."

One fundamental element of the project is the 'digital twin'. Despite the faintly dystopian moniker, this is not a virtual self that is ranked against the rest of the population, as in China's fast-developing social-credit system.

In many respects, it promises to be the exact opposite: a digital platform where the user can choose which applications and services to engage with and how much data to share.

This concept is not a mere platitude about data autonomy or anonymity. Hahto, who is designing the Aurora network, says: "You can use the digital twin when you want to erase the connection to the individual user. You can create a summary from the user's information, which can function on the network without the need to connect to real user data."

Since Aurora will be a digital ecosystem, all the businesses and organizations involved will have digital twins, too. This approach will enable them to benefit from the welfare databases and to co-operate most efficiently with other service providers.

The service providers will also be competing against each other, of course, and Hahto acknowledges there is a risk that unscrupulous companies might try to exploit the system for commercial gain.

For example, a company could create fake accounts to boost its rating, and thereby its weighting coefficient, which would make it more likely to be included in popular combinations of results.

"Despite its freedom, Aurora is not the Wild West. Its structure of governance ensures that someone will always be responsible for it in real life," Hahto counters.

"Safe and fair branches of the network [in which the state service providers will most likely be found] will probably accumulate more users, and so it will be worth trying to join them and at the same time play by their rules."

The important role private companies play in Aurora's function might raise some eyebrows outside Finland, given the country's international reputation as a proud welfare state.

It might cause Finnish eyebrows to raise, too, since the government has courted controversy over the past four years with its determination to open up the social services and healthcare system to private interests.

The official line has been that the citizen should have a greater freedom of choice, which critics have interpreted as privatization by the back door.

In Aurora's case, the involvement of private companies also reflects the government's hope of national economic gains by adopting AI across society.

The concept comes from a report published by the Ministry of Economic Affairs and Employment in December 2017 — Finland's Age of Artificial Intelligence — in which Aurora was introduced as a "national customer service robot network". It is but one part of Finland's plan to become a world leader in AI.

"The learning curve has been steep, but we believe that we will get a number of functioning alternatives from the trial," he says.

The preliminary study will conclude at the end of February 2019, with a report expected in April. If it does prove a roaring success, Aurora will be further developed, with even more life events falling under its remit between 2019 and 2022.

Alphabet's Wing to take off in Finland

The autonomous drone delivery service is launching in the Helsinki area in spring of 2019.

With an 830-mile border with Russia and as Europe's most forested country, it's understandable that Finland's interest in drone tech is growing fast.

Smaller, cheaper: How these tiny satellites are spinning off new space data movement

Finnish microsatellite maker ICEYE is part of a wave of startups providing Earth data to business and governments.

The 10 most innovative countries in the world (TechRepublic)

These nations were issued the most patents per capita in the last five years, according to the US Patent and Trademark Office.

How does Finland produce so many amazing drivers? (CNET)

For a country of just 5.5 million people, Finland produces a huge number of incredibly talented racing drivers. But how?