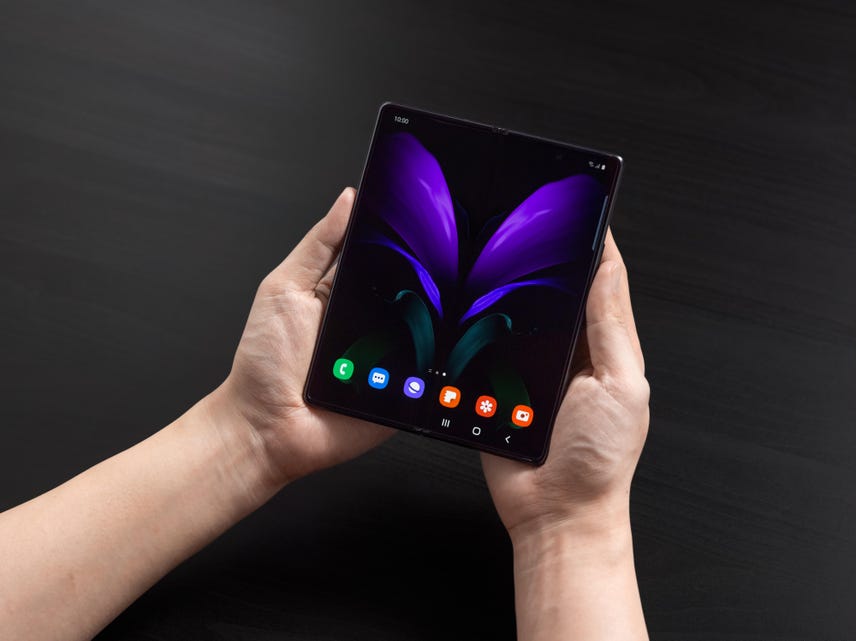 After foldable and dual-screen phone-tablets, Oppo has now unveiled a concept smartphone with a rollable display that broadens and narrows the screen to give two form factors in one device.

Oppo took the wraps off the Oppo X 2021 prototype on a stage demo at its Inno Day 2020. The phone features a slider on the edge for the user to control an electronically rollable screen that behaves and functions similarly to paper on a scroll, only with an OLED display.

Oppo calls it a "continuously variable" OLED display because it's 6.7-inches in its smallest form and can be adjusted to any where up to 7.4 inches, making it like a small tablet.

"In this new concept it's very hard for us to define the accurate size of this screen. In theory it is variable," says Oppo.

Oppo says the maximum size is 7.4 inches and the minimum size is 6.7 inches (188mm and 170mm) while the width of the screen varies between 2.8 inches and 4.2 inches (70mm and 107mm). Oppo says when the screen is expanded, the display achieves a "seamless effect".

Engadget got a demo of the device in action, which showed the video automatically resizing as the screen was enlarged. System menus and Twitter also shifted between phone and tablet interfaces.

The display is expanded by a "roll motor powertrain" inside the body of the phone that's driven by electric motors.

To achieve the scroll effect for expansion and contraction, a portion of the OLED panel is laminated onto a track – for sturdiness – and the panel moves around the roll motor on the left, which has a 6.8mm scroll diameter. That diameter was apparently important as it was the key to the display not creasing like Samsung's foldables. The display then is concealed in a compartment.

There's no details yet about specs, a release date or how much this rollable OLED device would cost.

But given other smartphones with cutting-edge OLED screens, it's not likely to be cheap. LG's rollable OLED TV just went on sale in South Korea for $87,000.

Samsung
The 7 best phone deals right now: Get a phone for school