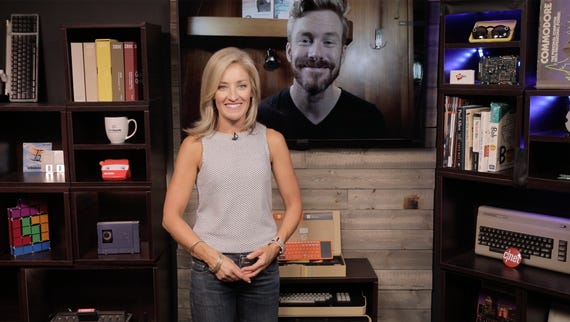 HBO's Chernobyl brought, with heart-pumping verisimilitude, renewed attention to the world's worst nuclear disaster, which occurred in Ukraine in 1986. A big ingredient in the limited series' effectiveness was the minute-by-minute recreation of how plant operators in the control room acted in the lead-up to and aftermath of the critical failure.

Living through something, even in a fictional, recreated environment, is profoundly powerful. For audiences of Hollywood dramas, the effect is to engross and entertain. For employees on the front lines of critical industries, simulations can be an unparalleled teaching tool, one that helps workers understand the challenges of working under pressure.

For that reason, as well as to stave off future accidents, nuclear power plants around the world spend millions annually to build physical simulators where power plant operators can practice different training exercises, from small disturbances, such as a pipe leak, to severe accidents resulting from an earthquake or fire.

But physical simulators are costly, can only be used by one training group at a time, and can be challenging to adapt as new power plant technology comes online, or new drills are conceived.

Virtual reality is being held up in some quarters of the industry as a solution. In fact, for years now, there's been serious talk about using virtual reality in safety training and validation. A 2013 paper in the journal Emerging Technologies for Information Systems, Computing, and Management, for instance, explains:

Three-dimensional (3-D) virtual reality has proved to be an effective and efficient training tool to impart plant knowledge. In order to enhance users' understandings of the nuclear reactor principles, a virtual reality system based on simulator has been developed to interface with the scenarios in nuclear power plant (NPP). Physical characteristics are calculated by simulation codes, such as pressure, temperature, flow and void. The simulator transmits physical characteristics to virtual reality system for three dimension dynamic visualization of these parameters.

Fortum, one of the largest power generation companies in the Nordics, has more recently begun using virtual reality to build the world's first dedicated VR training room for control operators in their Loviisa power plant in Finland. The VR training solution, which costs about 1/10 of a physical training room to develop, is running on the Varjo VR-1, an enterprise headset that offers high visual fidelity.

"In safety-critical environments and process industries, human errors can lead to serious accidents and production losses," says Joakim Bergroth, a human factor engineering expert involved in the implementation of the virtual reality control room in Loviisa. Bergroth cites capacity as one challenge with physical simulators. "The physical simulators are usually fully booked, which doesn't leave much time for additional testing or evaluations."

Validation is another factor. New equipment and features of power plants need first to be validated through simulations. Validations were traditionally done very late in the project, meaning any design change needed time-consuming changes in the physical simulator on site.

"In the worst case, a critical design error in the validation could have postponed the project a full year. With the help of VR, pre-validations and evaluations can be done several months ahead of time."

For all the potential advantages of VR, however, the specific use case of nuclear plant control room simulators has been impractical to date. The primary issue has been resolution. In real nuclear control rooms, there are usually hundreds of panels and detailed monitors with real-time information on pipes and gauges.

"Previously, when you needed to look at dynamic displays in a simulated VR environment, you would usually lean closer to the display to see the parameters and symbols clearly," says Bergroth. "That's not something you would do in the real world. You were forced to do it because the resolution was not good enough."

The same went for manuals and detailed instructions, which must exist in physical form in control rooms so operators can access them in the case of a complete power outage. The resolution of most off-the-shelf headsets isn't up to snuff when it comes to reproducing small text on virtual pages or monitor displays.

"With the Varjo VR-1, the problem has finally been solved," says Bergroth. "Virtual environments can now be explored in a realistic way."

My colleague Tiernan Ray recently did an excellent write-up on Varjo's VR technology, which you can check out here. The thrust of it is that Varjo has solved many of the resolution problems that exist in other headsets, enabling a more exacting representation of the physical world.

That's good news for enterprise training scenarios, especially if your enterprise happens to rest above a reactor full of plutonium-239.

Join Discussion for: Meltdown averted: How VR headsets are making...