President Obama might be in for some stern words at the next G20 summit if the latest leaks are anything to go by.

The latest round of documents leaked by former U.S. National Security Agency contractor Edward Snowden points to the phones of 35 world leaders being monitored by the U.S. spy agency. 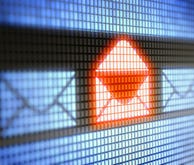 Even foreign governments are no match for the NSA's reach, with documents now showing that it could read the Mexican president's email.

According to The Guardian, which first broke the story, more than 200 numbers were handed over by a U.S. official, including close to three-dozen prime ministers and presidents, none of whom were named in the leaked documents.

But the surveillance turned up "little reportable intelligence," suggesting the heads of state were reluctant — even in this day and age — to talk about anything critical to national security (or of any real relevance) on the phones.

The 2006-dated note laid out how the 35 phone numbers were helped "[provide] lead information to other numbers that have subsequently been tasked," the London-based newspaper reported.

It comes just a day after White House Press Secretary Jay Carney said the U.S. was not monitoring the phone calls of German chancellor Angela Merkel, after reports in German newspaper Der Spiegel first reported the revelations. However, the statement failed to quell fears of those inside the German government after the carefully-crafted statement did not mention anything about past alleged spying.

The German chancellor's spokesperson said, according to Reuters, if such surveillance had taken place, it would represent a "grave breach of trust" between the two allied nations.

Earlier this week, the emails of Mexico's president Felipe Calderon were reportedly spied on by the U.S. government agency, which gave access to "diplomatic, economic and leadership communications."