Full Bio
Posted in Between the Lines on November 21, 2017 | Topic: Innovation 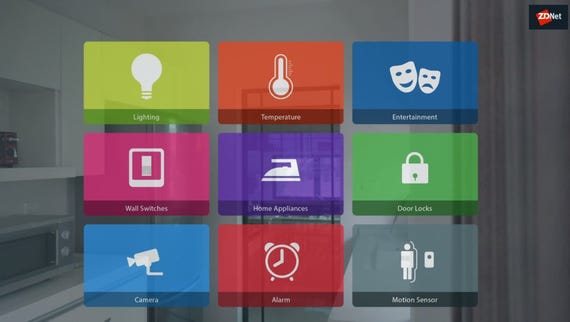 Home broadband services are on the cusp of change and mesh networking is needed to push the industry forward, according to Qualcomm.

While this number may seem high, we now have everything available to us from Wi-Fi connected television sets to mobile devices, smart fridges, connected lighting, Wi-Fi-based security systems and more.

It will not just be the most obvious IoT applications that will enter the home, no doubt, but subtle appliances and products which are designed to make life more convenient.

With this increase in connectivity, however, comes the need to be able to provide an infrastructure capable of supporting different data streams and multiple devices.

Comcast: How AI, machine learning, DevOps, and a bit of hardware may make it a smart home platform

According to Qualcomm's Wi-Fi router consumer survey, out of 1500 respondents from the UK, France, and Germany this year, 50 percent of those surveyed said they use a device in three different rooms simultaneously.

Today, home broadband networks sometimes find themselves creaking under the weight of such mobile, IoT, and connected devices. Information streams can become confused, bottlenecks occur, and ISP throttling can cause too much strain for efficiency or reliability.

In the UK, for example, basic and rather limited routers are issued to new telecom subscribers, and attempting to change to better quality equipment can be a time-consuming process for the average consumer.

You might pay for top speeds and reliability, but with cheap router equipment, only so much spectrum being available and a broadband infrastructure which has not received enough investment over the years, home networks do not always live up to the same standards we've come to expect from cellular services.

To make things worse, IoT and connected devices have created a fragmented industry. There are a number of different ecosystems now in play, whether they be Android-based, Bluetooth-only, Apple HomeKit devices or vendor-specific, such as Philips, Samsung, and others -- and the more disparate, the more complex set up a compatible home network can become.

This is where mesh networking comes in, according to Qualcomm's Rahul Patel, SVP & GM of the firm's Connectivity Business unit, who believes mesh technologies can provide a new foundation for IoT in the home.

Not only could mesh Wi-Fi fill a home with the same level of connectivity, but such systems could also be set to automatically fix connectivity issues as they arise, centralize the control of data, media, and IoT devices, and also provide opportunities for managed connected device services and data analytics.

Patel says that the shift towards mesh Wi-Fi is occurring in both the US and Europe, but Internet Service Providers (ISPs) may need a little more convincing to invest in the technology.

Qualcomm's mesh technologies, including Wi-Fi SON, are already used by vendors including Eero, Google Wi-Fi, TP-Link, Luma, and Netgear. With a focus on IEE 802.11ax, the US chip giant has created a 12-stream platform powered by a quad-core 14 finFET CMOS processor on 64-bit architecture.

The executive says that development is already in play to use the platform, and mesh will be the "next big thing" for the Wi-Fi industry, with products expected to appear in the market based on Qualcomm technologies in the second half of 2018.

According to Patel, mesh-based products were scuppered when customers found that eight-stream technologies became "barbecue pits" unable to regulate their own power dissipation, and as they required fans to cool and were generally unreliable, they were not suitable for many in the enterprise.

However, this became a motivation for Qualcomm to do better.

The latest, revised 12-stream designs can be powered by simple Ethernet cabling, and the company hopes this will entice ISPs and other vendors to adopt mesh networking technologies.

The adoption of mesh networking will not only benefit the consumer, Patel says, but ISPs must jump on the technology now if they are not going to lose future sources of revenue.

For example, carrier-class mesh networking could be used to map entire neighborhoods, in which connectivity problems can be quickly detected and fixed without constant customer reports, complaints, and costly engineer footfall.

As consumers expect more from their home Wi-Fi, however, they also expect ISPs to make sure systems are in working order and deliver what they promise.

"The operator is shouldering the burden of fixing issues in the home," Patel says. "If they don't, cloud providers such as Google will take over."

According to the executive, ISPs are running the risk of becoming obsolete in the future if they do not tighten up their practices and offer more to future consumers who will expect to be able to rely on their Wi-Fi to support IoT and connected devices.

In addition, in time, mesh networking can provide the infrastructure needed to pull out data and monetize information in the home -- and if ISPs are not on board, they are losing out on the opportunity to generate future income.

If ISPs do not rise to the challenge, consumers may choose to go to a cloud provider instead.

"That [home] traffic is getting piped into their clouds rather than BT or Sky, and so ISPs are losing out on the traffic they are piping into someones home," Patel added. "You as an operation are perceived to be the one to support the Wi-Fi in the home."

"If you don't move fast, you lose out on the home becoming a cloud providers' and have no control over what happens in the home," Patel said.

Updated: The US chip maker says the $130 billion deal "undervalues" Qualcomm and its future prospects.

Qualcomm's CEO has said consumer and business demand are driving 5G-ready networks and devices to be commercially available by 2019.

Ensuring the nation has access to gigabit 4G is a foundational step towards rolling out a 5G network, Telstra's director of Networks has said, with the telco working towards this with Qualcomm.

Join Discussion for: Qualcomm: Mesh networking is the future of...