Microsoft has updated its Skype for Web offering with the ability to call mobile phones and landlines.

To access Skype for Web, users can go to Skype.com or web.skype.com and sign in and connect. Skype for Web, which is still in beta, alleviates the need to download the Skype app before conferencing and/or instant-messaging others. 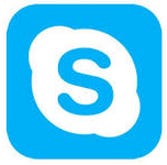 In addition, Microsoft and conferencing equipment vendors also launched a new initiative, codenamed "Project Rigel" to bring the Skype Meeting experience that will be featured on Microsoft Surface Hubs -- whenever they are finally available -- to any meeting room with a display or projector. Via Project Rigel, Windows 10 devices will be able to control Skype for Business online meetings and remotely connect users starting in the second half of 2016.

Join Discussion for: Microsoft adds ability to call phones to...