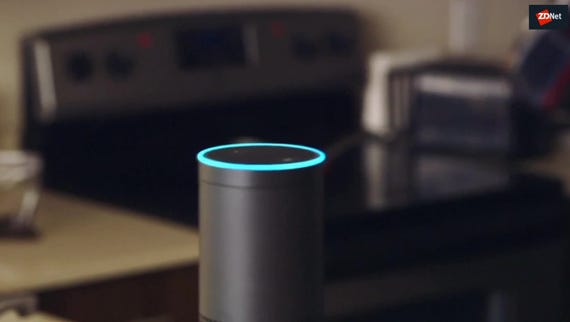 Siri, Cortana, Alexa and Google Assistant are just the beginning: Voice is the future Four ways to explore the use of voice technology for your business.

Microsoft and Amazon are partnering to enable their respective personal digital assistants to work together.

In a deal announced on Aug. 30, the pair committed to getting Microsoft's Cortana and Amazon's Alexa assistants to communicate with each other later this year.

Because both companies lack popular smartphones, they've each tailored their assistants to play to their strengths. Microsoft has integrated Cortana deeply into Office and Outlook, while Amazon has built an ecosystem around its own and other vendors' smart speakers.

Microsoft already is using machine learning techniques on the back-end to identify wording in emails that suggest time commitments (such as "I'll finish this before the end of the day") and have Cortana to proactively ask users if they want to set reminders based on that language. Via work the two vendors are undertaking, Alexa users will be able to take advantage of these kinds of Outlook reminders.

Amazon has been at the forefront of getting Alexa to handle consumer/home tasks like controlling lighting, ordering products from Amazon.com, playing music, and more.

Microsoft is lagging far behind Amazon in opening up Cortana to third-party developers via its own Skills Kit. Developers already have published more than 20,000 Alexa Skills, while Microsoft only made the Cortana Skills Kit preview available in late April.

According to an interview with Microsoft's and Amazon's CEOs by The New York Times, Amazon's Jeff Bezos first approached Microsoft's Satya Nadella in May 2016 about enabling their assistants to communicate. Bezos told The Times he had not reached out to Apple or Google about adding their respective digital assistants to the mix, but that he'd be open to their participation.

The consumer IT giants -- such as Google, Amazon, Apple, and Microsoft -- have all invested heavily in voice technology. Analyst Gartner estimated two years that 30 percent of our interactions with technology will be through 'conversations' with smart machines by 2018. So, should CIOs start planning for voice as the next-generation user interface?

Microsoft is making available to its partners, like audio specialist Harman/Kardon, a new software development kit to help them build Cortana-capable devices.

Join Discussion for: Microsoft and Amazon agree to enable Cortana,...