Microsoft's health efforts may be lower-key than some of its rivals', but Redmond is looking to set FHIR to the old order.
Written by Jo Best on Feb. 19, 2019 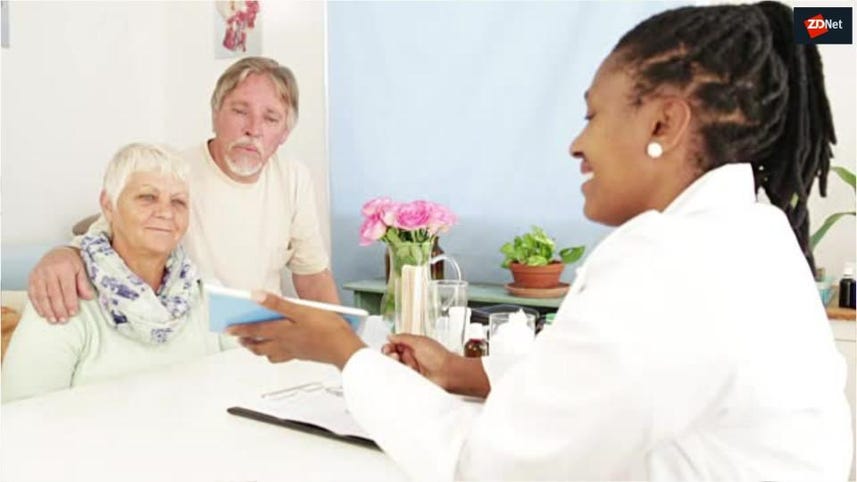 Think tech and health and you might think of Apple's work on chronic disease, Amazon's plans to create a Prime for healthcare, or even Google-affiliated Calico Labs' attempts to defeat death itself. But Microsoft? Microsoft might not be front of mind.

But while the other tech giants have been grabbing the headlines around digital health, Microsoft hasn't been neglecting the sector: in fact, health is now a multi-billion-dollar business for Redmond. And there are signs that there is plenty more to come.

Let's start with the hardware. Like many of its competitors, Microsoft used to have its own fitness tracker and accompanying health service. Launched in 2014, the Band came with the usual functionality: activity tracking, heart rate monitoring, GPS sport watch. It debuted alongside Microsoft Health, a cloud-based service that acted as a locker for all your health data, be it gathered by Microsoft tech or that of other companies. A second-generation Band was released in 2015, and its health apps took the same name a year later. Microsoft went as far as creating a third Band, but the line was canned before that hit the shelves.

While it may look like Microsoft has ceded the health hardware market to its rivals, a recently uncovered patent detailing a new wearable suggests Microsoft hasn't given up entirely on the sector. The patent showed a band with haptic feedback which could be used to compensate for muscle problems in conditions like Parkinson's, hinting that while the company may not be interested in fitness tracking, it may still see its place in creating connected hardware for healthcare providers. And earlier this year, it announced it had inked a seven-year deal with Walgreens, which will see the pharmacy chain base its infrastructure on Azure, as well as committing the two companies to a joint R&D effort to build "next-generation health networks, integrated digital-physical experiences, and care management solutions" — including a portfolio of IoT hardware for managing chronic disease. Perhaps Microsoft has not have closed the door on health-related hardware entirely.

IoT hardware aside, details about the ultimate fruit of the partnership are somewhat opaque: there are promises of "supporting the transition of health care data into more community-based locations and sustainable transformation in health care delivery", but no solid details. The aim of the project however is far clearer: like its rivals, Microsoft hopes to get its hands on a greater share of healthcare providers' dollars by finding ways to use tech to reduce the cost of patient care, be it by improving adherence to drug regimes, getting people to take on a greater burden of self-care themselves, or reducing patient visits to the emergency room.

It's a strategy that is also popular with Apple's business development folks, as chronic disease is an increasing — and increasingly costly — area of healthcare. By helping cut the costs of managing such diseases and improving patient experience of them, tech companies can uncover useful revenue streams. Targeting chronic, rather than acute, diseases is the equivalent of moving from selling boxed software for a one-off payment to selling an online subscription that's billed on a monthly basis. By addressing conditions that a patient may have for years, decades, or even their entire life, tech companies can potentially open up extremely durable partnerships with health providers.

Microsoft has been flirting with the medical tech market for a long time, with mixed success. Several years ago, it shifted hundreds of workers and several products from what was formerly its Health Service Group into a joint venture with GE Healthcare called Caradigm. Five or so years later, it sold its half share in Caradigm, leaving questions over its future in the healthcare vertical.

Not long after, however, it retooled to tackle the market, creating an initiative called Healthcare NExT.

Underpinned by its cloud and AI offerings, Microsoft said it would look to create new healthcare products and undertake research, as well as setting a new partnership programme for healthcare companies looking to use its artificial intelligence. It also signed up  the University of Pittsburgh Medical Center as a collaborator, with the aim of cutting down the use of paper at the provider. It highlighted other healthcare products, including a health chat bot, which could potentially be used to triage patients based on their symptoms, as well as assisting with billing queries, and Project InnerEye, a machine learning-based system for identifying tumours in medical imaging to help with prepping a patient for surgery or radiotherapy (Google is doing something similar with DeepMind).

Elsewhere Microsoft is targeting the genomics side of health with a dedicated Azure service. Genomics is in many ways the poster child for healthcare tech, bringing together AI, cloud services, and analytics: petabytes of complex data, a huge need for computing power, and previously undiscovered, potentially lifesaving associations that need to be teased out from all that information. Part of Healthcare NeXT, Microsoft's Genomics service and others like it could potentially help lay the foundations of a trend known as 'personalised medicine', one where treatment is targeted at the patient as an individual. Rather than treat patients according to a standard rubric, personalised medicine can take into account the individual complexities of a patient's history, preferences, physiology and genetics to tailor their medical management more precisely.

The overall underpinning of Microsoft's health strategy is to help set health data free by championing greater adoption of the Fast Healthcare Interoperability Resources framework, or FHIR (pronounced 'fire'). The draft standard is aimed at easing the transfer of data from one healthcare provider to another. Data has traditionally been siloed between healthcare organisations, meaning changes in a person's health — be it a flu jab, a consultation, lab results or a new diagnosis, won't always be passed between all the parties involved in a person's care. That means that healthcare providers are dealing with their patients with a deficit of information, which could potentially negatively impact a person's care.

FHIR aims to smooth how electronic healthcare records are moved between different providers' IT systems, and so Microsoft is building it into its products for healthcare, including a recent FHIR server for Azure. (Amazon, Google, IBM and others are also going heavy on FHIR.)

The healthcare industry has an appetite for FHIR, says Arielle Trzcinski, senior healthcare analyst at Forrester Research. "I think [healthcare providers] are held back because they don't necessarily have the development resource to be able to build those interfaces, so they're turning to a number of companies like Microsoft and others to help them build that bridge. They're frustrated that they've invested in these large EHR [electronic health record] installations, and it's taking multiple years and millions of dollars to implement. To share data from an EPIC to a Cerner or an Athena Health or another system, the data you're getting is very fragmented."

She adds: "Once that care is delivered, the data is often trapped in the system. When I look at Microsoft, it is trying to be the partner that delivers the ecosystem — they want to help move towards standardising the way care data is shared, through the adoption of FHIR…  I think Microsoft has said, like many other tech firms, 'we've solved this in other industries. Yes, healthcare is a highly regulated industry, but so is banking, so is travel. The complexities are different, but they're not insurmountable.'"

It may not be as sexy as an ECG Watch or an training an AI to take medical licensing exams meant for human doctors, but Microsoft is carving out a niche turning data into information, helping forge better links between the various entities in the healthcare chain using the data that they hold. Apple has approached the same problem from the consumer side with its Health Records API, while Microsoft has chosen to attack the issue from the back end.

"To me, they're focused on a really important aspect of healthcare; looking at the back end and making sure there is the right infrastructure, so that when someone like Apple comes in with a consumer-facing application, whether that's the Watch or the API, they built to exchange healthcare data, the infrastructure is in place to be able to share that data across those different entities. If an entity can't accept that data in a FHIR-based format, it doesn't matter that you — as a customer with an Apple phone —can send that information to that provider, they have to be able to receive it," says Trzcinski. "I look at Microsoft as solving the other half of that problem."

An Accenture survey highlights how healthcare is going to have to go through that same customer-led digital transformation process as other industries.

An Australian collaboration is working on a less surgically invasive system to restore sight to people with retinitis pigmentosum.

Apple Watch Series 4 vs. Series 3: Which one should you buy? (CNET)

We break down the key differences between the Apple Watch Series 4 and the cheaper Series 3 to help you decide which one is best for you.