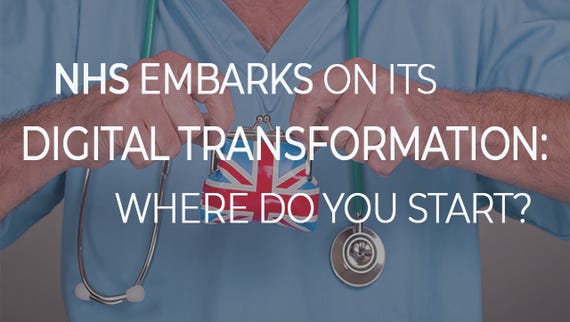 Virtual reality (VR) and augmented reality (AR) technologies are still at an early stage, but both could have significant benefits for the NHS.

Healthcare organisations could be spending as much as $5bn globally on AR and VR by 2025 according to one prediction, with potential applications ranging from surgical simulation and diagnostic imaging to patient care and rehabilitation. VR headsets -- like the Oculus Rift or HTC Vive -- offer a fully immersive experience while AR headsets -- like Microsoft HoloLens or Magic Leap -- allow you to overlay virtual objects onto the real world to create a mixed-reality experience. Both options are being explored by doctors around the world.

And while countries with private healthcare systems are leading the way in VR adoption, countries dominated by publicly-funded healthcare are also exploring these technologies.

Surgeons in Poland have already demonstrated how Google Glass could be used to help plan heart procedures, and now NHS clinicians are following suit. Microsoft's HoloLens has been used to help surgeons plan operations: for example, surgeons at Alder Hey hospital in Liverpool hope to use it to visualise patients' scans during procedures, while three surgeons in three separate UK hospitals have used it for bowel cancer surgery.

A team of surgeons at Queen Mary's Hospital have also been experimenting with wearing HoloLens headsets during surgery, overlaying a map of the patient's anatomy -- showing the path of blood vessels and the course of muscle groups -- onto them during surgery. The map is created using CT scans of the patient, and allows the surgeons to navigate away from important structures during surgery. "There's a lot of activity in this area now these types of devices are readily and commercially available," says Philip Pratt, research fellow in the department of Surgery & Cancer at Imperial College London.

For example, surgeons who can visualise anatomy using the headsets can more easily avoid sensitive structures when making incisions, potentially reducing the time it takes for the patient to heal and therefore the time they spend in hospital, and similarly reduce the need for any secondary or corrective surgery.

SEE MORE: NHS and technology: Making the case for innovation

Training up future doctors could also be a growth area for VR. While universities, rather than the NHS, are charged with training medical students, the vast majority of graduates from UK medical schools will go on to work in the NHS, and so their degrees are designed to fit the needs of the health service. Once qualified, junior doctors still receive significant amounts of training within their NHS hospital placements too. 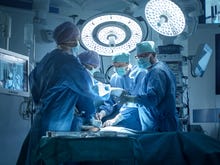 There are already a handful of proof-of-concept anatomy teaching modules that use AR. One medical school in the US is planning to do away with its anatomy lab altogether in favour of using HoloLens.

And for junior doctors -- those undertaking training in a medical speciality such as general surgery, psychiatry, or respiratory medicine -- VR is likely to have an even greater role in their future training, helping them learn how to perform new procedures in a virtual hospital and even experience them from the patient's point of view to help improve their communication skills. NASA has even considered using AR headsets to help astronauts conduct medical examinations aboard the International Space Station.

SEE ALSO: AI and the NHS: How artificial intelligence will change everything for patients and doctors

VR and AR won't just be doctors' tools, however: early experiments are showing that patients too could be seeing more virtual reality headsets in their future.

Companies like Oxford VR have been trialling the use of VR technology to help mental health patients. The University of Oxford spinout has been using simulated environments and a virtual coach to help people tackle their fear of heights.

The National Institute of Health Research is funding Oxford VR to the tune of £4m to develop a VR therapy package for patients with psychosis; it is also working on a package for young people with social anxiety. Commercial VR headsets are combined with custom software to create virtual versions of the environments that patients would typically find difficult, allowing them to explore those situations safely and, eventually, become comfortable with them. The NIHR said it believes the funding will help create a VR product that will be taken up by the NHS.

VR therapy has also been tested at King's College and the South London and Maudsley trust for improving auditory hallucinations in people with schizophrenia, and to help families affected by the Grenfell fire.

For now, however, most use of VR as a treatment tool is very much in the pilot stage, offered to relatively few people; larger trials with hundreds of participants would be needed before it would be possible to assess the benefits of such treatments for the population as a whole.

It's worth remembering that even outside of the healthcare space VR and AR are at an early stage; the hardware is still cumbersome, the applications still evolving, and the pricing still way too high. As the general market evolves, ways to apply the technology to the NHS may become clearer. Sectors such as retail, for example, where spending on new technology is less constrained, will potentially act as examples of how the technology can be used in the healthcare.

"When I see AR or VR in the retail environment, I think it's almost desensitising some of the use cases that the NHS can then take a more bold step towards," Andrew Finlayson, managing director of Accenture Interactive, told ZDNet.

"I do think the more that gaming and those techniques are becoming popular, the more that those companies will make their technologies more accessible to the wider populace, and they will either drop the price or they will subsidise the headsets -- make them cheaper so they can sell more games, or telecoms or media. I think gaming is bringing down some of the cost and accessibility that would allow more virtual and augmented reality [in the NHS]."

The success of AR and VR has been just around the corner for decades, but if the most recent crop of headsets proved a success with consumers and business, expect to see a lot more use of such technologies in the NHS in the near future.

Join Discussion for: VR, AR and the NHS: How virtual and augmented...