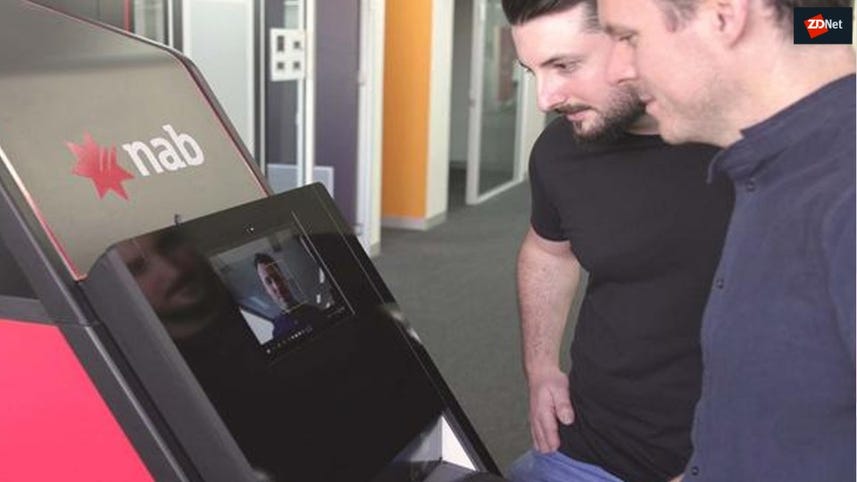 The National Australia Bank (NAB) is looking towards a cardless future, unveiling a partnership with Microsoft that sees the companies develop a proof of concept Automatic Teller Machine (ATM) to allow customers to withdraw funds using their face.

Announced during Sibos in Sydney on Tuesday, the proof of concept has been developed using Azure Cognitive Services.

According to Microsoft, the cloud-based application removes the need for physical cards or devices to access cash from ATMs, with customers able to withdraw cash from an ATM using facial recognition technology and a PIN.

The innovation has been touted as improving the customer experience by removing the need for a physical card, while also reducing the risk of card fraud and skimming.

"Cloud technology allows us to take advantage of features and capabilities that are world-leading and enable us to deliver at pace for our customers," NAB chief technology and operations officer Patrick Wright said.

The ATM system does not store images, only the biometric data, and the data is held on Microsoft's cloud. It will be erased following the experiment, Microsoft said, noting the information will be used only for the purpose of authenticating the customer.

NAB customers will visit a kiosk which captures their image and links it to their bank card and PIN. The concept ATM asks the user to enter a PIN, providing a second factor of security along with their facial biometric to confirm their identity.

The companies also said participants in the trial will not have any of their banking information connected to the system.

The concept was built out in around two months by a small team from NAB's in-house innovation lab, NAB Labs, and technology division.

The bank is also transitioning core platforms such as SAP to Azure, with key workloads being shifted to Microsoft's recently opened Azure Central region.

NAB has adopted a cloud-first strategy and over time will transition the majority of its key applications to the cloud, and also leverage cloud to accelerate development and innovation, with NAB executive general manager for infrastructure, cloud, and workplace Steven Day calling cloud the "target state for our infrastructure in the new world".

"Cloud allows us to move much faster, to take advantage of features and capabilities that are being deployed to customers all over the world," he said. "Also, the elastic nature of the cloud and the elastic nature of storage allow our teams to solve problems and ask questions of my data that were previously unthinkable."

The bank in May announced the launch of the NAB Cloud Guild, an internal program that offers up AWS skills training.

The training program will be available to more than 2,000 of NAB's staff. Graduates will have access to become certified AWS Cloud practitioners and have the ability to continue training to become an associate developer, an associate systems operator, or an associate architect.

The bank's CTOO told ZDNet it's far more beneficial to innovate around the customer than make its staff focus on an old system that still works fine.

ANZ kicks off smartphone and wearable-based cash withdrawals at ATMs

Customers of the bank can now use their smartphone to withdraw cash from ANZ ATMs, in lieu of plastic cards.