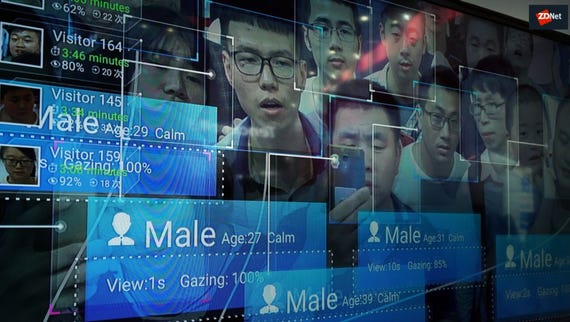 Passengers checking into flights at Shanghai's Hongqiao International Airport can now use their face to prove their identity thanks to the rollout of facial recognition technology.

The rollout forms part of an ambitious country-wide rollout of facial recognition systems, with similar efforts already under way at airports in Beijing and Nanyang city, in central China's Henan province.

While many airports in China already use facial recognition to help speed up security checks, Shanghai's system is being billed as the first to be fully automated.

"It is the first time in China to achieve self-service for the whole check-in process," said Zhang Zheng, general manager of the ground services department for Spring Airlines, the first airline to adopt the system at Hongqiao Airport.

Currently, only Chinese identity cardholders can use the technology.

According to Spring Airlines, 87 percent of the 5,017 passengers who travelled on its aircraft since the tech was unveiled have used the automated check-in service.

The airline also said the new kiosks can cut down check-in times to less than a minute and a half.

Across greater China, facial recognition is finding its way into daily life. Mainland police have used facial recognition systems to identify people of interest in crowds and nab jaywalkers, and are working to develop an integrated national system of surveillance camera data.

However, increased convenience may come at a cost to citizen surveillance in a country with few rules on how the government can use biometric data, Maya Wang, a senior China researcher for Human Rights Watch, has highlighted.

"Authorities are using biometric and artificial intelligence to record and track people for social control purposes," Wang said "We are concerned about the increasing integration and use of facial recognition technologies throughout the country, because it provides more and more data points for the authorities to track people."

Among other capabilities, the 1-metre tall Space Egg robot is armed with facial recognition technology to identify and verify people.

Earlier this month, Fujitsu also announced a new way to pay that is not only cardless, but also touchless, with the non-contact technology able to identify a person using only their palm vein and facial data.

According to the Japanese giant, the integrated biometric authentication technology points to a cashless society, noting that the tech could be capable of confirming a person's identity at brick-and-mortar stores or for admissions at event venues.

Some passengers travelling internationally via Qantas have been trialling biometric technology at Sydney Airport since July, with the first stage using facial recognition for them to complete automated flight check-in and bag drop, gain access to the lounge, and board the plane itself.

"We're very excited that select Qantas passengers now have the chance to experience this highly sophisticated technology as part of this landmark trial," Sydney Airport CEO Geoff Culbert said at the time.

Australian Minister for Home Affairs Peter Dutton said in February that the use of facial recognition at airports was close to becoming reality, following trials of the tech at Canberra Airport that allowed passengers to walk through the terminal from their flight without producing their passport.

The company hopes to make the technology 'practical' within fiscal 2020.