When Microsoft announced last month that it was revamping and delaying its Azure Stack hybrid-cloud platform, many users were none too happy.

Microsoft executives revealed at the Worldwide Partner Conference that the company planned to make Azure Stack available in mid-2017, not later this year, and in appliance form with a few server vendors (HPE, Dell, and Lenovo) only. Up until that point, Microsoft execs said they'd allow customers and partners to run Azure Stack on hardware of their choice.

Based on the comments on the Microsoft July 12 blog post announcing the changes, potential Azure Stack customers weren't happy. They feared turnkey systems would be pricier and little more than an updated version of the existing Microsoft Cloud Platform System. 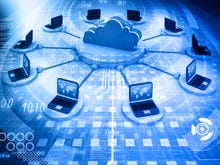 Hybrid cloud: Why hybrid IT may be the better choice

The limitations of DIY cloud mean that if you don't want to use public cloud, it might be better to ask 'Should this be cloud at all?'.

On August 11, Microsoft posted an 11-minute video clip meant to answer some of the complaints. They also shared some updated timing regarding the awaited Technical Preview 2 of Azure Stack: Microsoft has started rolling out TP2 to some early adopter customers this week. The public preview of TP2 will be out later this year, officials added.

Vijay Tewari, group program manager for Microsoft Azure Stack Infrastructure and Cloud Platform System, who was the main presenter in the video clip, said the reason Microsoft is changing how it will deliver Azure Stack has to do with wanting to "keep the operations life cycle valid for customers".

He said the entire Azure Stack hardware-software package needs to be kept in sync as Azure services are updated and new ones introduced. He said doing this on "systems we've never seen before" would not be feasible.

Tewari said that Microsoft will be providing Azure Stack customers with everything from firmware to services in an orchestrated manner "so your tenant workloads don't go down while updating is taking place". He maintained that wouldn't be feasible even if Microsoft gave users a bill of materials and let them procure the required servers, switches, routers, and other components required.

He maintained that Microsoft's goal is to use industry-standard servers and other components, "not gold-plated hardware" in building Azure Stack appliances. He also said Microsoft plans to allow users deploy on as few as four servers and scale up. He noted that a single Azure cluster running in Microsoft's own datacenter consists of 880 servers, so there's a challenge in making this usable and manageable for customers at the appropriate scale.

Tewari said Microsoft would have Azure Stack hardware and software available at Ignite, its late-September conference, for users to take a look.