Full Bio
Posted in All About Microsoft on September 23, 2015 | Topic: Cloud

Microsoft's Skype voice and video-calling service Skype was down for 15 hours, starting on September 21, for many users around the world.

The night Alexa lost her mind: How AWS outage caused Amazon Echo mayhem When Amazon Web Services went down for a few hours, so did Amazon's Echo devices. What happens when an Internet failure hits the world of Internet of Things?

Late yesterday, September 22, the company issued a brief statement on the Skype "Big Blog," attributing the cause of the problem to the release of "a larger-than-usual configuration change."

The result of that change, according to Microsoft's statement from Skype Corporate Vice President Gurdeep Pall, was "some versions of Skype were unable to process correctly therefore disconnecting users from the network."

"When these users tried to reconnect, heavy traffic was created and some of you were unable to use Skype's free services, including messaging, presence, and contact list management. Others could not sign in or out of Skype altogether, or make calls to landlines or mobile phones. Skype for Business was not impacted," officials added.

Users began reporting problems with the consumer version of Skype -- but not Skype for Business -- around 9 am GMT on Monday, September 21. On the Skype Heartbeat status site, Microsoft officials noted they were aware of the issue and working on a fix, but didn't offer further status updates. That fix took multiple hours to roll out to users worldwide. 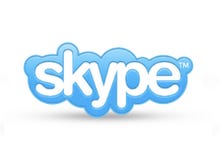 Skype ditched peer-to-peer supernodes for scalability, not surveillance Before Microsoft acquired Skype in 2011, the voice calling service was already ditching its "near impossible to wiretap" peer-to-peer model in favor of the cloud.

"We are extremely sorry for any inconvenience caused to our users, and appreciate your patience while we addressed the issue," officials said as part of the September 22 statement.

Some were receiving messages advising them to uninstall Skype for Business. Others were not able to get sync to work. Some also said when they were upgrading to the latest version of Office, their Skype for Business clients were being removed without a new replacement available.

Update: Here's what Microsoft is recommending for those hitting the Skype-for-Business/Office 2016 compatibility wall. (Thanks, Steven Kister.)