After signaling the company was likely reneging on its promised "convenience rollup" of fixes for Windows 7, Microsoft has done the right thing and delivered a collection of security and non-security updates for its seven-year-old operating system.

The new Windows 7 convenience rollup is cumulative back to Service Pack 1, which Microsoft released in 2011. It doesn't include updates to IE 11 (which are released separately) or updates to .NET releases. But it does include core Windows fixes, security fixes and hot fixes. Update: The convenience rollup also is available for Windows 7's server counterpart, Windows Server 2008 R2.

In January this year, I asked Microsoft officials about plans to deliver this convenience rollup -- something execs announced a year ago. Officials said Microsoft's update strategy was all about Windows as a Service, a k a Windows 10, moving forward. 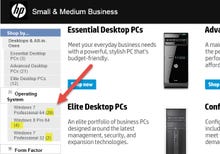 Where can you still find a PC running Windows 7? If you want a PC running Windows 7, where do you look? Skip your local office superstore or big-box retailer and go where the business buyers go. In those channels, you'll find that Windows 7 never went away. In fact, it's not just alive, it's thriving.

Convenience rollups are a single package of fixes that were designed at "recommended" by Microsoft. During 2013 and 2014, Microsoft delivered several of these rollups. They were a way of getting more than one fix to a customer with only a single reboot required. Last year, Microsoft officials pitched convenience rollups as a way to help customers get ready to migrate to Windows 10.

Update: Here's are the direct download links for the convenience rollup (thanks @TeroAlhonen) for those not using IE: x86 version here; x64 version here.

Join Discussion for: Microsoft comes through with rollup of updates...