Full Bio
Posted in All About Microsoft on July 8, 2013 | Topic: Windows

So it looks like Windows 8.1 is going to be released to manufacturing by August, after all, as tipsters have been saying since the Blue codename first leaked almost a year ago.

Microsoft delivered a public preview of Windows 8.1 on June 26 during its Build conference. There are no more preview/test builds scheduled. The next stop is RTM.

Microsoft will make Windows 8.1 available to all Windows 8 and Windows RT users as a free upgrade through the Windows Store. 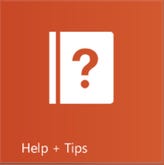 A closer look at what's new in Windows 8.1

Most of the attention devoted to Microsoft's Windows 8.1 update has focused on the Start button. But if you get past that controversial addition, there's plenty more to see. New and improved apps, Internet Explorer 11, tweaks to the onscreen keyboard, and a surprising change to File Explorer are all there too.

With Windows 8.1, Microsoft is moving to a more rapid delivery schedule with its Windows releases. Instead of delivering a "big bang" release every two to three years, the Softies are now endeavoring to roll out a new Windows release on an annual basis, from what I've heard from my contacts.

Many of the testers I've heard from have noted that the preview build of Windows 8.1 is quite buggy. Yes, it's a test build. But the number of bugs had led some of us to wonder whether Microsoft might end up going later than August with RTM. It seems that isn't going to be the case. I guess that means we should expect Microsoft to roll out lots of fixes and updates for 8.1 on a monthly or more frequent basis, as it has been doing with Windows 8 since that product launched in October 2012.

During the partner show keynote, Microsoft officials demonstrated a new potential use of the Miracast support that will be built into Windows 8.1 . Officials showed off the ability to use digital ink on a Surface Pro and to share handwritten notes across Windows 8.1, Windows Phone and the TV/Xbox -- using a Miracast-enabled Surface Pro as a digital white board, in effect.

Join Discussion for: Microsoft confirms Windows 8.1 to RTM by...