Full Bio
Posted in All About Microsoft on July 22, 2015 | Topic: Enterprise Software

Microsoft has made available for download the first public preview of Exchange Server 2016, its on-premises version of Exchange.

As noted previously, many of the new features in the coming Exchange Server 2016 release are already part of Exchange Online and Office 365. Microsoft officials describe Exchange 2016 as "an evolution of what was delivered in Exchange 2013.

"The new Exchange includes "significant updates" to the Outlook Web App, according to the July 22 blog post announcing the new release. Starting with the new Exchange release, Microsoft is renaming "Outlook Web App" to "Outlook on the Web." Outlook on the Web is getting Sweep, Pin, Undo, inline reply and other features with the release.With Exchange 2016, both Exchange itself and the Outlook client also will be able to take advantage of updates Microsoft has made to its search architecture. 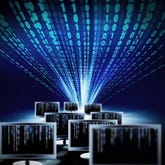 Between this preview and the final release, Microsoft will be adding additional features, including updates to the auditing architecture and audit log search, as well.

In related news, it looks like SharePoint Server 2016 is going to hit preview earlier than Microsoft originally planned.

Earlier this year, Microsoft announced it was pushing back the next version of the SharePoint on-premises server release to the second quarter of 2016 from later this year.The first preview build was slated for the fourth calendar quarter of 2015.

But Microsoft is now planning to deliver the first public preview of SharePoint Server 2016 in August, as CEO of IT Unity Dan Holme reported from last week's Worldwide Partner Conference. The final version is still on track for "spring 2015," a spokesperson confirmed.

"Microsoft has been making existing progress with SharePoint Server 2016 which allowed us to accelerate our schedule on Beta 1/Preview, and it allows us to solicit more actionable feedback over a greater period of time.We anticipate Beta 2 later in Q2/Q3 and will have more information to share in the coming months with regard to specific timing," the Microsoft spokesperson added.