Owners of Microsoft's Surface Book and Surface Pro 4 have had a frustrating ride since the devices went on sale last year, mostly due to battery-exhaustion issues linked to power-management problems when the device is in sleep mode.

Microsoft's Surface boss Panos Panay promised to fix those issues in a February firmware update, but as it turned out, the update introduced the reverse problem for some owners, whose devices failed to wake up from sleep after installing the update. 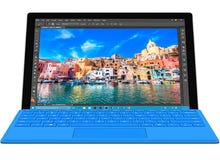 Microsoft's April update for the two devices has further fixes for dozens of drivers, including one that it says should address the lingering sleep problem.

Key fixes for the Surface Book include a new Intel HD Graphics 520 driver, which Microsoft says should resolve screen flickering and "cases where the display does not reinitialize correctly after the device resumes from sleep or hibernation".

An update for the Surface UEFI also addresses screen flickering in Microsoft's Edge browser and other applications.

Gamers should see better performance on the Surface Book thanks to an update to Nvidia's GeForce GPU.

Finally, updates for the Surface Dock should improve stability and compatibility with external monitors and passive video adapters.

The Surface Pro 4 has many of the same updates as the Surface Book, including a fix for the sleep issue, improved Windows Hello stability, screen-flickering problems, and Surface Dock stability.

Unique to the Surface Pro 4 is an update that should improve signal strength with some 5GHz access points.

The Surface Pro 3's April firmware updates are limited to improving the stability of Surface Dock.