Microsoft has released five critical security updates for Windows 8 and Windows RT in order to protect against a range of vulnerabilities identified in the recently released software. 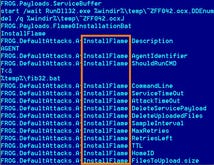 All in all, there are seven updates for Windows users, with five rated "critical" that could lead to remote code execution, while two are rated "important," which fix flaws that could result in the operating system's security features being bypassed.

Surface RT owners will also be asked to update their tablets with the latest security patches. According to Microsoft, there are two "critical" fixes for Surface RT owners.

One of the "critical" patches will plug a security hole in Internet Explorer 10, which is found only on Windows 8 and Windows RT, which will resolve three reported vulnerabilities in the browser that could allow remote code execution on the device from "specially crafted" Web pages.

Another "critical" patch will update Microsoft's email server, Exchange, which will prevent a weakness in the server's WebReady Document Viewing feature.

Updates are available on Windows Update, Microsoft Update, and the usual channels for Windows Server customers.