Beginning January 15, 2020, Microsoft will be delivering its new Chromium-based Edge browser to Windows 10 users. Microsoft ultimately plans to distribute it via Windows Update, unless its Edge Blocker Toolkit is applied.
Written by Mary Jo Foley, Senior Contributing Editor on Dec. 16, 2019 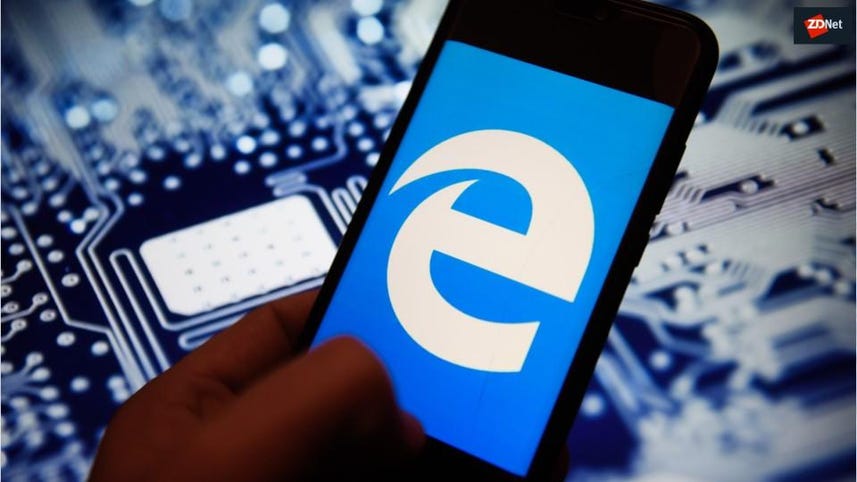 Microsoft officials have said the new Chromium-based Edge browser will be generally available starting January 15, 2020. They also said in early November that the new Edge will be bundled with Windows 10 right after the general availability date, though this will happen in a staggered/staged manner. This week, the Redmondians are providing links to more details about the coming Edge rollout for Windows 10.

The Chromium-based version of Edge will not be tied to Windows operating system releases moving forward, as officials have said. Microsoft will be making the new Edge available automatically via Windows Update for all PCs already running Windows 10 1709 or newer.

"The next version of Microsoft Edge features more frequent and more flexible updating capabilities. Because browser releases aren't bound to the Windows major releases, changes will be made to the operating system to ensure that the next version of Microsoft Edge fits seamlessly into Windows. As a result, feature updates will be released on a 6-week cycle (approximately.) Security and compatibility updates will be shipped as needed."

Once the new Edge is installed and updates -- which are available already and detailed in the Edge documentation for each feature update -- are made to the Windows 10 variants, automatic migration of menu pins, tiles and shortcuts will migrate from Legacy Edge to the new Edge.

Microsoft officially opened the new Microsoft Edge Addons store to submissions to all developers on December 16. Devs can submit extensions via the Partner Center Developer Dashboard.

As Microsoft execs have said previously, in most cases, extensions built for Chromium should work without any modifications in the new Edge. Microsoft will no longer be accepting new extensions for the existing Microsoft Legacy Edge after December 17, 2019, but will continue to accept updates for existing Microsoft Edge Legacy extensions. The company is committing to migrate users' extensions from Legacy Edge when they update to the new Edge starting January 15, but extensions will only be migrated if they're already available in the Microsoft Edge Addons store at the time of switching to the new browser.

Microsoft announced in late 2018 that it was creating a new version of Edge by using Chromium combined with some components currently in Edge, all in the name of providing greater browsing compatibility across the web. Microsoft is using the underlying Chromium Blink rendering technology, but is replacing quite a few Chromium services with Microsoft equivalents.

In the ensuing months, Microsoft made Canary, Developer and Beta test versions of the new Edge available to users on Windows 7, 8.1, 10 and macOS. Microsoft also is working on an ARM 64-enabled version of Chromium Edge and a Linux version is likely, as well.