Full Bio
Posted in All About Microsoft on February 18, 2019 | Topic: Open Source 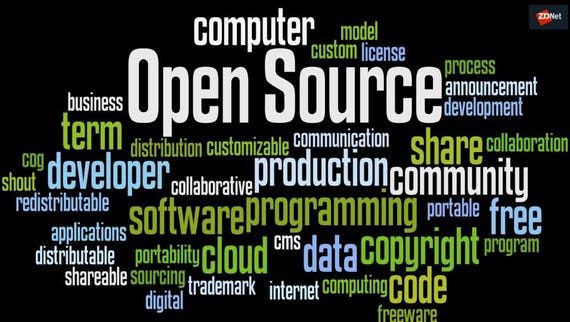 Microsoft is no stranger to open source these days, with the company open-sourcing more and more of its technologies and buying open-source companies. However, one of its next big open-source moves might still surprise some people. Microsoft is moving to adopt formally open-source development methodologies inside the company by going "Inner Source."

Inner Source/InnerSource isn't a Microsoft-coined term; it's been around for years. Inner Source is about taking open-source development development practices and applying them inside a single organization. There's an InnerSource Commons Community with more than 70 members.

Open-source principles such as more open code sharing and editing; the ability to create new code branches for greater codereuse; code testing becoming a part of the programming process; more and better documentation are core to how Inner Source can/should work. Inner Source tools and methods can be used to develop open and/or closed-source projects and products. Unlike the case with open source, these processes are meant to be shared by teams across a single organization, not necessarily by the public.

Once Microsoft bought GitHub last year, the company paved the way for its own teams to do more Inner Source-type development.

Another Microsoft job posting from last week for a Senior Program Manger in Engineering explains that a newly founded team "is bootstrapping an Inner Source Initiative to make inner source pervasive across the company." That team, which will be part of Microsoft's 1ES (One Engineering System) group will work across internal teams throughout the company to figure out ways that Microsoft itself can use open-source tools and processes."

More from that job posting:

"The broader 1ES team is building the next generation of tools and practices to make engineers across Microsoft more productive and help them focus on building great software. This role is part of an initially small team tasked with bootstrapping, piloting, and ultimately scaling inner source across the company.

"You will initially focus on baselining current efforts, finding partner teams across the company, articulating in detail the inner source business rationale and operational roadmap, and understanding opportunities and risks. A big part of your job will be to listen to engineers to understand what they find productive and what is just getting in their way, in order to deliver solutions that successfully address real customer problems and improve engineering satisfaction and productivity at Microsoft."

Ross Gardler, an Executive Vice President at The Apache Software Foundation and Microsoft Principal Program Manager on Azure, tweeted that Microsoft's Director of Accessibility for the Cloud and Enterprise division, Gianugo Rabellino, would be heading up the new Inner Source Initiative. Rabellino was part of the founding team of Microsoft Open Technologies, the open source subsidiary of Microsoft before he took the Accessibility role in 2016.

(I've asked Microsoft whether Rabellino is, indeed, spearheading a new Inner Source Initiative. No word back so far.)

The Inner Source Initiative already seems to have some receptive audiences inside Microsoft. A February 4 job posting for a Senior Software Engineering in Office noted that Microsoft is "re-architecting Office Engineering Services to redefine Engineering productivity and agility using cutting edge technologies like Git, Azure Dev Ops, Cosmos and other 1ES frameworks."

I wouldn't be surprised to see Microsoft push the virtues of Inner Source to its customers, as well, via GitHub and Azure DevOps, moving forward.

Join Discussion for: Microsoft is going all-in on 'Inner Source'