Microsoft rolled out its second "Redstone 3" test build for PCs on April 14. On April 18, officials went public with one of the under-the-cover features in that build: Power Throttling.

Power Throttling (a temporary, not final, name for this feature) is in the Insider Preview build 16176 for Fast Ring PC testers. Microsoft executives said this feature uses "modern silicon capabilities" to run background tasks in a more power-efficient manner.

Microsoft officials first talked up intentions to provide this kind of battery-saving feature in January, when the company was testing the Windows 10 Creators Update. In Build 15002 of the Creators Update. Microsoft officials said they were experimenting with power throttling with some, but not all, testers. In early experiments, Microsoft executives said Power Throttling showed up to an 11-percent savings in CPU power consumption for "some of the most strenuous cases."

Since then, Microsoft has continued working on this feature, which officials said should "help many of you see a nice boost in battery life."

Today's blog post noted that Power Throttling currently only works with machines with Intel's Speed Shift technology, which is in Intel's sixth generation and beyond Skylake/Kaby Lake Core processors. Microsoft is working to support other processors with Power Throttling "over the next few months."

Power Throttling is designed to work with apps out of the box, Microsoft officials said, but developers can and may do some fine tuning with some new programming interfaces that Microsoft will provide in upcoming test builds.

Checklist for smooth and fast installation of Windows 10 PC 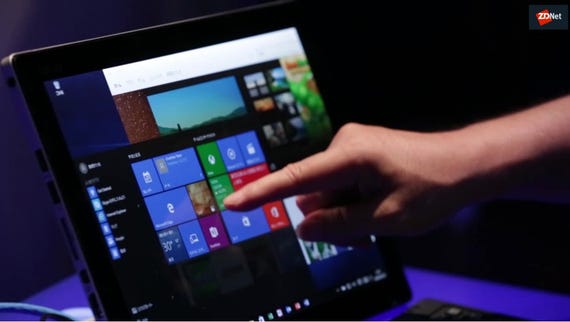