Microsoft has announced a new initiative that will see more than 3 million Brazilian students getting trained in themes around artificial intelligence (AI).

During the Microsoft AI+Tour event in São Paulo, the firm's chief executive Satya Nadella announced the pro-bono partnership with school networks SESI and SENAI to offer AI training in high school courses. During the announcement, Nadella pointed out that governments should accelerate the adoption of automation but create new capabilities at the same time.

"We have a tremendous opportunity to generate advances in digital technologies - and specifically in AI - to empower each person and each organization in Brazil to achieve more," Nadella told delegates at the event on Tuesday (12). 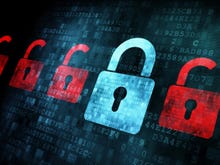 At Structure Security, automation, machine learning, and artificial intelligence were key themes. Here's a look at the key takeaways.

Four courses are available through the school network's online platform, covering the introduction to AI and data science, data science fundamentals development of solutions using Azure, Bot and IoT. Other courses geared at the development of applications and chatbots using Microsoft's cognitive services will be offered in the next few months, as well as courses around cloud and innovation.

"Educating young Brazilians with the technologies of the so-called Industry 4.0 such as AI is fundamental for Brazil to keep up with the technological revolution," said Rafael Lucchesi, director general at SENAI and director-superintendent at SESI.

"Qualified professionals are the key for the country to join this global movement, which will determine the generation of new jobs and people's quality of life," he added.

According to a study carried out by Brazilian think-tank Fundação Getúlio Vargas commissioned by Microsoft, which investigated the impact of AI on key markets in Brazil - agriculture, transport, communications, oil and gas and government - which collectively represent 36.4 percent of GDP and found that AI could boost GDP growth across these sectors by up to 6,43 percent over the next 15 years.

A recent study found that automation technologies such as AI could make more than half of all formal employment vacancies irrelevant in Brazil. According to the research, if Brazilian organizations continue to employ automation technologies such as artificial intelligence at the current rate, it could mean 30 million jobs will be eliminated by 2026.