Full Bio
Posted in All About Microsoft on November 2, 2016 | Topic: Collaboration

Microsoft is launching its Slack team-collaboration competitor, Microsoft Teams, in beta on November 2.

Microsoft CEO Satya Nadella and Office corporate vice president Kirk Koenigsbauer are slated to discuss "the changing nature of collaboration and how we can empower every team to achieve more," according to the company.

According to previous reports, Microsoft Teams (previously called Skype Teams) has been under development for 18 months and is currently in private testing. The beta was expected in November, with a full release planned for January.

Update: Microsoft officials said today the preview is available immediately in hundreds of countries and the generally available version of Teams will be out in the first quarter of 2017.

Microsoft was rumored to have considered buying Slack, but it instead decided it could compete head-to-head with the team-collaboration service via its own Skype service.

TechCrunch claimed that Microsoft actually went so far as to consider paying $8 billion for the San Francisco-based startup. Allegedly, Microsoft Apps and Services chief Qi Lu was in favor, but CEO Satya Nadella and founder Bill Gates were not. In some ways, Slack seems like it could be a good fit for the new Microsoft product line up.

Slack is focused on productivity and communications. It is cross-platform. It's all about teams. And it is big with younger users, especially those in Silicon Valley. 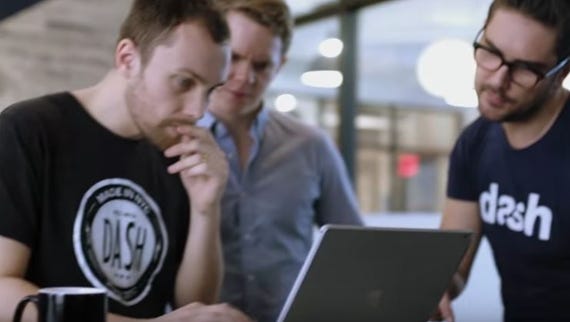