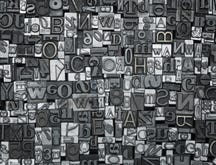 Never make the same typos again by using AutoCorrect to make your typing much more efficient.

The feature highlights clunky word choices, incorrect grammar, and offers guidance on clarity and conciseness. It also aims to educate users by explaining why a word, such as 'effect', should be used rather than "affect" in a given sentence.

The Editor feature marks spelling edits with a red squiggle, potential grammar issues with a blue double underline, while style issue such as wordiness and redundancy are highlighted with a gold dotted line.

An update rolling out to Office 365 users brings a new Editor task pane on the side of the document, which displays word recommendations and explanations for suggested words. The new pane replaces the Spelling & Grammar pane.

The main advantage of this new pane is that it shows a potential proofing problem within the original sentence, but also on the side task pane where there's space to offer more context and an explanation for suggested word selections, according to Microsoft.

This feature should make it easier to choose to retain the original sentence or approve the suggested edit. It also lets users scan the entire document at once, while working through edits sequentially.

The new side pane is accessible by clicking on Spelling and Grammar under the Review tab, or by pressing F7. A simpler set of suggestions are available within the document itself by right-clicking a word marked with a blue or gold dotted line. If users then want more detail, they can hit the See More option to bring up the task panel.

The new Editor pane is available to Office 365 users but it's limited to subscribers on the Insider Fast level.