Full Bio
Posted in All About Microsoft on April 27, 2016 | Topic: Open Source

Two months after being acquired by Microsoft, cross-platform development-tool vendor Xamarin is continuing to push the open-source envelope. 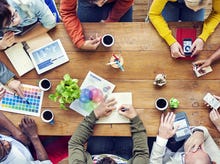 Today, company officials said Microsoft has open sourced and contributed to the .NET Foundation the Xamarin SDK for Android, iOS and Mac under the same MIT license used for the Mono project. The native application program interface (API) bindings for iOS, Android and Mac, the command-line tools necessary to build for these platforms, and the cross-platform UI framework Xamarin.Forms are all part of what's now open sourced.

Microsoft also unveiled some new Xamarin.Forms features; enhancements to the Xamarin Studio IDE to bring it closer to Visual Studio; and a Test Recorder Visual Studio plug-in at Evolve.