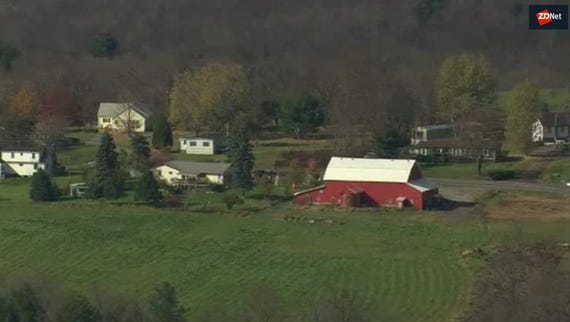 Microsoft is planning to announce that it will use the unused channels between television broadcasts, or white spaces, to improve regional access to broadband for 2 million people across the United States, it has been reported.

According to a report by The New York Times, Microsoft will make the announcement on Tuesday, with 12 states to benefit from the five-year program.

Microsoft president Brad Smith reportedly told The New York Times that white spaces are "the best solution for reaching over 80 percent of people in rural America who lack broadband".

Microsoft had said in June in an ex parte letter to the Federal Communications Commission (FCC) that it would be pushing to make use of white spaces to enable greater broadband connectivity across regional areas.

"Microsoft's research and community deployments have shown that white spaces technology is a very effective tool for expanding existing broadband networks into unserved or underserved communities. This is because white spaces technologies use a frequency band that permits network operators to extend wireless broadband signals significantly farther than other bands, while requiring less infrastructure and increasing affordability.

"As a result, with white spaces technologies, providers can expand their networks to serve communities where existing technologies are economically impractical to deploy."

Microsoft had added that the FCC could enable the use of white spaces by ensuring a minimum of three white spaces channels for each market, as well as preserving one vacant UHF channel in each market.

"This regulatory certainty is critical to supporting the investment needed to take the important step of reducing the technology to a chip," Microsoft said, adding that it should not disrupt TV broadcasts.

"This will drive down prices to levels that can allow pervasive nationwide availability -- but chipmakers will only take this step if there are three channels available."

The technology giant has discussed using white spaces across the globe for years, with the technology using frequencies that span up to 10 to 15 kilometres and are able to penetrate buildings.

Microsoft tested the technology in Africa for several years under the 4Afrika initiative, and additionally ran a pilot in the southern Indian state of Andhra Pradesh, with CEO Satya Nadella pushing the issue with Indian Prime Minister Narendra Modi back in 2015.

However, the Indian government then said it would not provide Microsoft freely with such unused spectrum.

"The government will not provide any spectrum without auction and the only exception will be for the defence and the security establishments," Indian Minister for Communications and IT Ravi Shankar Prasad said last year.

At the time, then-Microsoft India chair Bhaskar Pramanik said the company would not be using the white spaces for its own interests, but rather to provide global connectivity.

"We have never had the intention to be the service provider; our goal is very simple, we want to empower entrepreneurs. [Microsoft] invented the technology ... but I have no play in that, I am just providing the technology, based on which partners have created communication equipment which enables connectivity," Pramanik reportedly said.