Microsoft could face more complaints after a ruling says it's liable for damages caused by an unauthorized Windows 10 upgrade.
Written by Liam Tung, Contributing Writer on Jan. 7, 2019 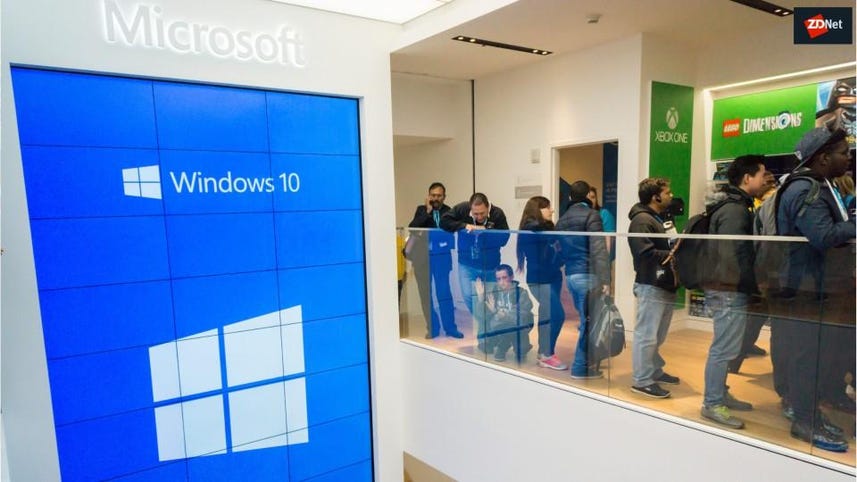 A Finnish man has convinced Finland's Consumer Disputes Board that Microsoft is responsible for damages caused to his computer after Windows 10 installed without his permission.

Finnish national broadcaster YLE reports that the board recommends Microsoft pay the man €1,100 ($1,260) for damages caused by the unauthorized installation of Windows 10 in March 2016.

Back then, Microsoft was aggressively pushing Windows 10 as a free upgrade, auto-updating Windows 7 and Windows 8.1 machines if Automatic Updates were turned on. Today customers on older versions of Windows must pay for the upgrade.

It angered users across the world, and in 2016 Microsoft paid one US complainant $10,000 to end litigation over the issue. The unexpected upgrades were also the basis of a class-action lawsuit filed in 2017.

Microsoft's German subsidiary that year also voluntarily vowed never to force a new version of Windows onto PCs after being sued by a German regional consumer protection agency over the same issue.

The Finnish complainant, spotted by MSPowerUser, had asked the board for Microsoft to pay €3,000 for the hassles he faced after the unwanted Windows 10 upgrade.

Windows 10 unexpectedly and without permission began installing on the complainant's newish laptop, which was running Windows 8. The man reported his computer "gave an error message that the device should be repaired" after the upgrade failed.

He claimed to have contacted 15 Microsoft support staff, but the problems couldn't be resolved. He told YLE he spent time and money recovering files and buying spare parts. The upgrade also broke a surveillance camera setup he was using to watch a remote property.

Microsoft didn't deny Windows 10 could have been downloaded without the user's permission, according to the report. It also didn't dispute the link between error and the damage it caused.

The Consumer Disputes Board considers the software updates in the purchased Windows license to be covered by Finland's Consumer Protection Act, which requires the provider be able to prove the service has been performed correctly.

The decision could see follow-on complaints from other Finnish users who suffered damages as a result of the unwanted upgrade.

Microsoft negotiated a settlement with Finland's Consumer Ombudsman in February last year after it was taken to task over the Get Windows 10 (GQX) application, which Microsoft defined as a "recommended update" that automatically installed on users PCs.

However, the ombudsman considered it a direct marketing tool for Windows 10 that was installed without express consent from consumers.

The ombudsman said its office had received numerous reports about the way Windows 10 was appearing on systems and that some machines were more prone to crashing afterwards.

The dispute board has ruled that Microsoft had no contractual right to install Windows 10 without asking for permission. It is also of the opinion that Microsoft hadn't carried out the service professionally, carefully or in the interest of the subscriber. And since there was a mistake, the board said Microsoft is liable for the damages caused.