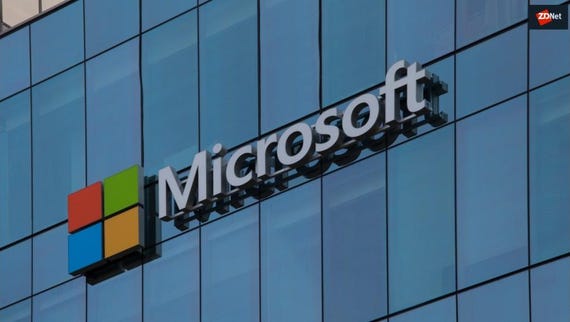 Windows 10 users are annoyed that Microsoft appears to be collecting recent activities on a device even when its owner expressly chooses not to share that information with Microsoft.

The discovery has left some users on Reddit wondering whether Microsoft can be sued over the matter under Europe's new GDPR rules for collecting data against the wishes of consumers.

The privacy issue relates to Activity History, which has a few settings to enable Timeline, a feature that arrived in the Windows 10 April 2018 Update.

Timeline allows users to scroll back through launched apps and websites, as well as continue to work across mobile and desktop when signed in with a Microsoft account.

If checked, it allows users to, 'Jump back into what you were doing, even when you switch devices, by sending Microsoft your activity history, including info about websites you browse and how you use apps and services'.

That seems pretty clearly explained. However, confusingly, if that box is unchecked, recently launched sites and apps will still appear in Microsoft's Privacy Dashboard website in the section about 'Activity history'.

How-To Geek has come up with a plausible explanation for the setting seeming to fail. The answer lies in Windows 10's diagnostics data collection, which by default is set to 'Full', as opposed to the more restricted 'Basic' level.

The 'Full' setting again clearly explains that it will 'Send all Basic diagnostic data, along with info about websites you browse and how you use apps and features, plus additional info about device health, device activity, and enhanced error reporting'.

Microsoft has provided a complete list of what data it collects under the 'Full' setting.

Overall, it's still a poor result for Windows 10 users who think they're able to control what data is shared with Microsoft by adjusting the Activity History settings for Timeline.

But the 'Activity History' page in the Privacy Dashboard displays what's collected for diagnostics and feedback, which are managed from a completely different place: Settings > Privacy > Diagnostics & Feedback.

It's a bad look for Microsoft too, which launched the privacy dashboard after facing intense criticism from users and European privacy regulators for Windows 10 collecting far more data than was necessary, which resulted in the trimmed-back Basic diagnostics setting.

Last August, Microsoft boasted that 71 percent of Windows 10 users were "selecting" the Full diagnostics setting, even though that is the default setting.

Meanwhile the aim for the dashboard is to allow Microsoft to be "fully transparent" about what data it collects from devices. Yet the tool has ended up confusing users by using the same name across unrelated features in Windows 10.

Microsoft: We're giving you all Euro-style GDPR rights over how we use your data

Microsoft says the privacy rules it's introduced to meet the EU's new GDPR law will apply to users globally.

Where do you draw the line on personal privacy? The right options are different for everyone. In this guide, I show you which privacy settings help you create the right balance of privacy and convenience in Windows 10.

Microsoft wants new laws to put some constraints on the use and development of facial recognition.

Google: Expect email from us on our new policy on harvesting your personal data

Taking back the operating system, one privacy setting at a time...

Join Discussion for: Is Windows 10 still telling Microsoft what...