Microsoft announced its first patent-licensing deal of the new year on January 25.

Olio is a vendor of premium smartwatches with starting prices around $600.

What's this deal about? Good question. And no idea.

A Microsoft spokesperson, when I asked whether this was the usual Android patent-protection-type agreement, said the company wasn't issuing any comment whatsoever about today's deal beyond the very terse announcement of its signing.

Usually, when Microsoft signs an Android licensing agreement, the company is quick to trumpet that fact.

In the press statement about the Olio deal, there is this Microsoft phrase, some variant of which often accompanies Android patent-licensing deals:

"Mutually beneficial and collaborative patent agreements like this one promote innovation and lead to better products and experiences for consumers." 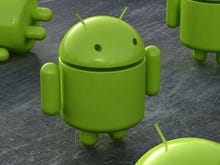 Perhaps this is simply Olio licensing some of the other myriad Microsoft technologies that the company makes available as part of its licensable intellectual property. If so, again, it's somewhat unusual that Microsoft execs won't simply say that.

A few additional points to ponder: A number of folks working for Olio used to work for Apple and Google. There's an Olio iPhone application and an Android application, but (unsurprisingly) no Windows Phone application.

I found a page on the Olio web site that mentions the Olio Devices application includes a number of open source libraries and their licenses. Included on that list are GoogleAnalytics and GoogleMaps.

What's your take, readers? Is this the new partner-friendlier Microsoft that's not so quick to bring attention to its growing Android-licensing coffers? Or is Microsoft working on some kind of collaboration with Olio in the wearable-device space? Other theories/guesses?