"Over the next several weeks," Planner will be rolling out to all eligible Office 365 business and education customers worldwide. This includes Office 365 E1 through E5, Business Essentials, Premium and Education subscribers.

"All users with eligible subscription plans will automatically see the Planner tile appear in the Office 365 app launcher when it is available for them to use. No specific action by Office 365 admins is needed," Microsoft officials said in a blog post today.

Planner, which was codenamed "Highlander," is a lightweight project-management tool that's similar to Trello. 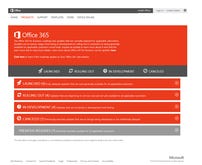 Planner is considered one of Microsoft's next-generation "portals," which builds on top of its Office Graph. (Other planners include the Office 365 video portal and the currently on-hold Infopedia knowledge-management portal.)

Microsoft made a public preview of Planner available in December 2015. Each new plan created in Planner automatically creates a new Office 365 group. And every pre-existing Office 365 Group will get an associated plan.

"Some of the new features we plan to introduce over the next few months include the ability to assign a task to multiple users, external user access, plan templates, customizable boards and apps for iOS, Android and Windows," Microsoft officials said in today's blog post.